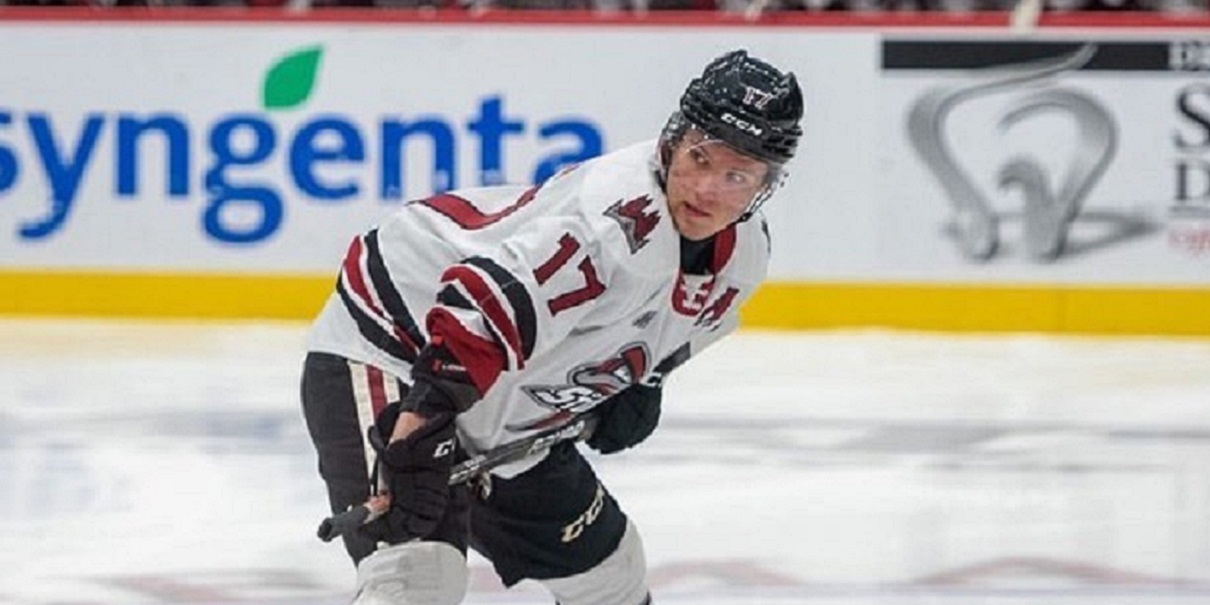 We’re getting you ready for the 2022 NHL Draft with profiles of some prospects who might be on the Blackhawks’ radar. Our profiles are understandably focusing on forward prospects; the Hawks need a lot of help in that area.

We have profiled four forwards thus far: Jack Hughes, Rieger Lorenz, Noah Östlund and Reid Schaefer. Now let’s go to the end of the alphabet for today’s look at a young center who could bring some speed to the Blackhawks’ offense.

“Zhilkin is a very skilled center. On his best shifts when you see a 6-foot-1 pivot who can dangle and create chances with pace like he can, it gets you excited about his projection. Zhilkin is a pass-and-shot threat who can run a power play well. His skating is solid, not explosive but good enough. His game can lack pace, though, which is his main issue. He competes well enough off the puck but it’s not his strength and he can drift to the perimeter. I see him as a potential bottom-six forward in the NHL who has the tool kit to play in a middle six.”

“There’s a lot to like about Zhilkin. The physical makeup is already there. His speed and quick hands both get really high grades and can catch your eye. His defensive game has become a real strength (including in the faceoff circle) and even resulted in him playing defence for a game and a half this season. But he’s also a December 2003 and I would have liked to see him make finishing plays a little more consistently (whether that’s by putting the puck in himself more consistently on the chances he gets, or making that final pass that sets up a goal more regularly) this year knowing that and his athletic advantages. I seriously debated him as high as the late 30s/early 40s here though.”

“A competitive forward who flashes quality skill on the regular, Zhilkin didn’t quite live up to expectations this season, though that could be partially attributed to his not playing anywhere the previous season. He has decent enough size and strength and should be expected to slot into a lower middle-six role down the line. If he can turn those flashes of skill into something more consistent, he could end up being a steal.”

From Last Word on Hockey:

“Zhilkin marries his skating ability with good hands. This allows him to carry the puck through the neutral zone and make plays off the rush. As defenders have to back off to respect his speed, it opens up passing and shooting lanes. His strong lateral movement allows him to weave through traffic and find open space. This generates efficient zone entries. He also does a good job of protecting the puck down low and working the cycle game. Zhilkin’s passing skills can be improved though. He is a bit of a risk-taker. This can lead to an excellent cross-ice pass to set up a teammate for a scoring chance. However, there are also times when he tries too hard to make a play and this leads to a turnover.”

“Zhilkin is a “do-it-all” style of player, meaning he can be relied upon to play in any area of the ice, in basically any situation that is presented. As his game has developed over the past few seasons, Zhilkin’s became much more dominant in all three zones of the ice and can be relied upon to play a 200ft game. One area of his game which scouts fall in love with, is his skillset in transition.

In transition, Zhilkin is just ridiculously talented and just a pleasure to watch, as his deceptiveness and nifty hands make it extremely hard for defenders to anticipate what he’s going to do with the puck. This keeps many defenders on their toes as they’re unsure of his next move. Zhilkin exploits this several times per game by accelerating into the offensive zone and putting his high hockey IQ to use. His zone entry and exit numbers are quite impressive to look at, especially after factoring in the traits in his gameplay mentioned above.”

Is Zhilkin a fit in Chicago?

As we continue to preach patience with the Blackhawks’ picks in this summer’s draft class, you aren’t likely to find a player available to the Hawks in this draft who will a) be a top-line candidate (at least right now), or b) be available when the Hawks are on the clock. So we’re more likely going to be considering a player who profiles as a middle-six or bottom-six player whose skills could improve with proper development.

Zhilkin is ranked fairly consistently in a range where the Blackhawks’ first selection (No. 38) could see him available. The comments from Pronman feel a bit like he’s describing Dylan Strome, however. I like that his shot profiles as above average and his skating is at least average, even if Pronman says it isn’t explosive.

After not having a 2020-21 season in the OHL, Zhilkin produced 55 points in 60 games for Guelph. I like his frame and makeup and could see him as a center option for the Blackhawks.