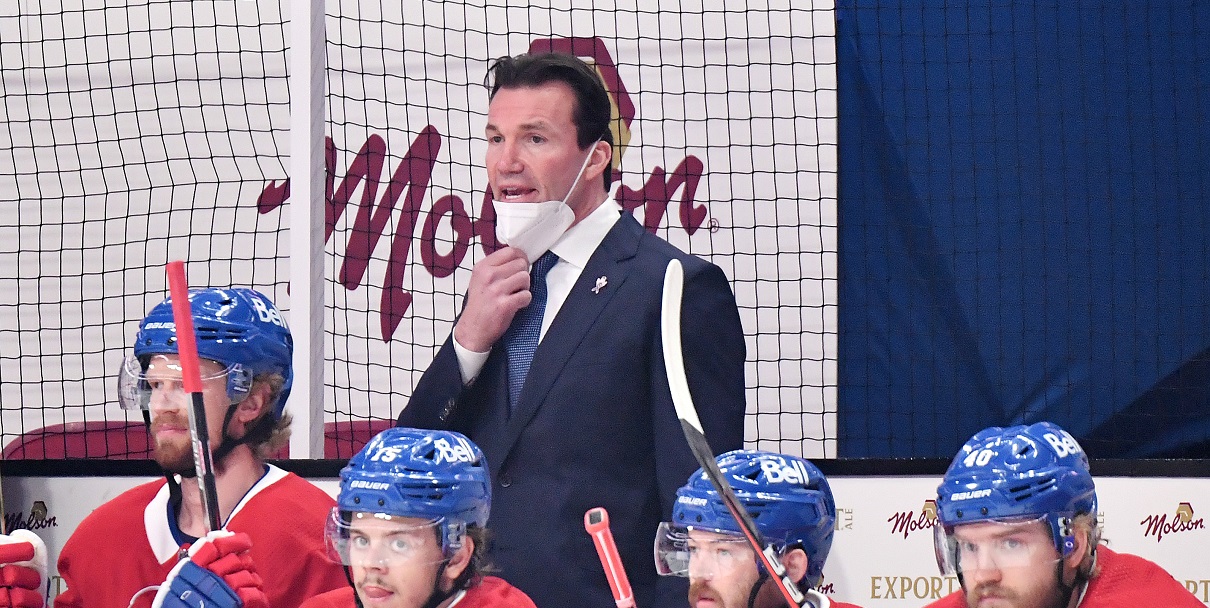 With the news that Luke Richardson is officially the new head coach of the Blackhawks, people have been talking about him as a coach and teammate. And a lot of what we’re reading is incredibly positive.

Over the weekend, Corey Perry — who played for the Canadiens last year with Richardson as an assistant coach — was asked about him between games during the Stanley Cup Final over the weekend.

John Dietz at the Daily Herald spoke with Dallas Eakins for a piece that ran Monday morning. Eakins is a very close friend of Richardson; they were teammates and defense partners for the OHL’s Peterborough Petes from 1985-87 and Eakins was also part of Richardson’s wedding party in 1989.

“He’s gonna have a very high level of patience. There’s gonna be a lot of inspiration, mixed in with accountability,” Eakins told Dietz. “That’s going to bode very well for the Blackhawks’ organization.”

“These guys that played 20 years — you don’t do that by accident,” Eakins also told Dietz. “You’ve got to be basically one of two things: You’ve either got to be a highly skilled, gifted player — or you’ve got to be a totally committed workaholic, detail-oriented player. That’s what Luke was.”

Mark Lazerus and Scott Powers at The Athletic wrote a terrific story about Richardson that came out Monday in the wake of the formal announcement. They spoke with a few players who had skated for Richardson as their head coach in the AHL, including retired defenseman Mike Kostka.

“Luke has a lot of experience in the minors, too, and working with young guys, so if anyone’s going to be there for development and experience,” Kostka told The Athletic. “Look, he had a (21)-year career in the NHL and had his journey as a coach, as well, so I think (he’s) very aware of the situation he’s going into and not having unrealistic expectations. ‘OK, let’s find a trajectory we’re looking to put ourselves on, and let’s consistently chip away at that and build from within.’ I think it makes a lot of sense that a guy like that would recognize that and be a super fit for them.”

These are going to be trying times for the Blackhawks moving forward. The front office has spoken about appropriately developing the next generation of players and getting some of the young players in the organization already into a position to succeed quickly. The work Richardson has done in multiple stops in the past shows that he can be the guy to do exactly that.

Another retired defenseman, Chris Wideman, also spoke about Richardson’s approach as a coach with Lazerus and Powers.

“For me as a smaller guy, him and I couldn’t be more opposites as players,” Wideman told The Athletic. “We’re both defensemen, but just the way that we see and play the game is completely different. But I’ve played for coaches that had played similar styles that he did that would never — they only saw the game one way. Luke’s able to see it from everybody’s point of view. He knows that everybody has different qualities that make them a good player and he’s able to kind of tap into those for each player and get the best out of you. And more than anything, just his work ethic and just his demeanor. It pushes you to be a better person and a better pro.

“He’s demanding. But he’s not a guy that really puts up with much bullshit. He’s going to expect guys to be professional because that’s the way he was as a player. He doesn’t want to babysit anybody. He expects guys to take good care of themselves, to be in good shape, and to play the game honest and hard. And if guys do that, they’re going to love him and they’re going to have a lot of success. I just couldn’t be happier for him and his family. They’re going to be a great fit.”

The Blackhawks are headed into a rebuild. If you read these comments from players and friends, you can easily see why the new front office in Chicago tabbed Richardson as the next head coach.