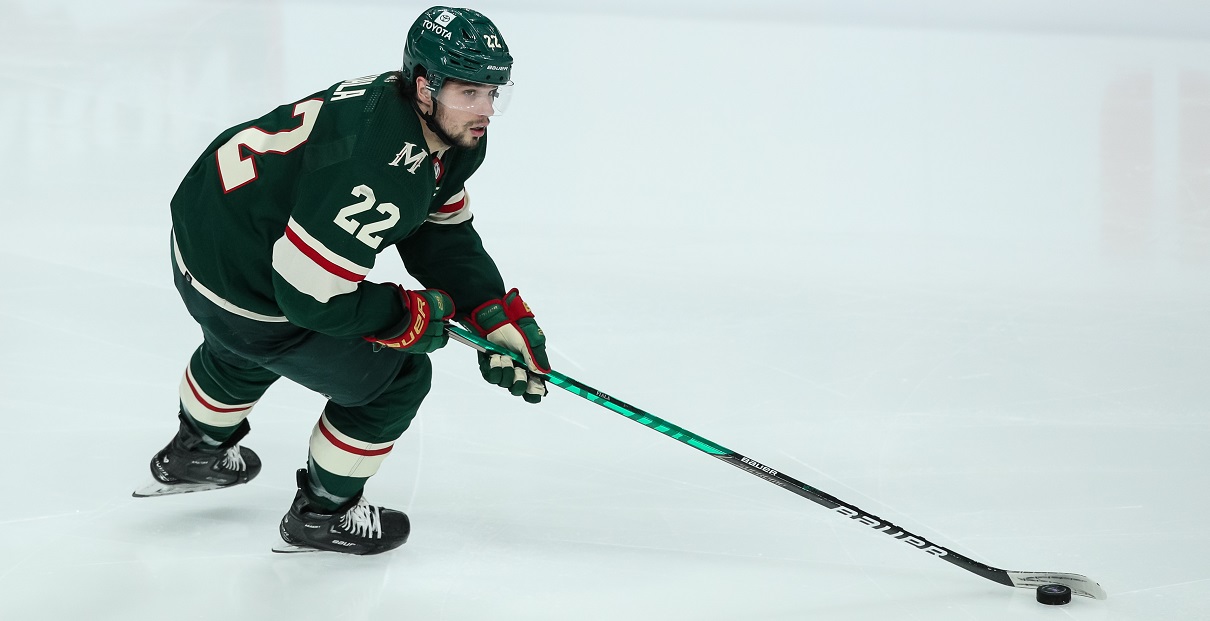 The first big domino of the summer has reportedly come in the NHL trade market. Initially reported by Dave Pagnotta of The Fourth Period, the Los Angeles Kings have confirmed the acquisition of forward Kevin Fiala from the Minnesota Wild.

Fiala, who turns 26 on July 22, is currently a restricted free agent. Originally the 11th overall pick by Nashville in the 2014 NHL Draft, Fiala is coming off a career year in which he established career bests with 33 goals and 85 points in 82 games. His last contract was a one-year deal with a $5.1 million cap hit.

Faber, who will turn 20 on Aug. 22, was the Big Ten Defensive Player of the Year and represented the United States in the Olympics this past year. He was a second round pick (No. 45) by the Kings at the 2020 NHL Draft. He’s a right-handed shot listed at 6-0 and 200 pounds.

What does it mean to Chicago? Part I

The first reality: the Kings aren’t likely in the market for Alex DeBrincat any longer. As we noted earlier this week, the Kings were reportedly interested in Chicago’s young sniper but it now appears they opted to make a deal for an older player who is already in need of a new contract.

Here’s the good news: Fiala is now off the market. Which means teams that don’t have the cap space or desire to pay Johnny Gaudreau $10 million next season (with the cap still down because of COVID) could pivot to DeBrincat, whose contract has one remaining season at $6.4 million.

More good news: Fiala signing for a number that is more than DeBrincat’s cap hit helps his trade value even more. And DeBrincat will be a restricted free agent in 12 months, meaning the acquiring team would get him at a relative discount and have some amount of control of his next contract.

However, the Kings are “only” giving up a really good blue line prospect and a pick in the middle of the first round of a draft that isn’t getting a lot of love from analysts. On paper, the Kings paid less to get a 33-goal scorer in Fiala than the Lightning did to get Brandon Hagel (though Hagel has two more years on his deal at $1.5 million per).

What does it mean to Chicago? Part II

Fiala leaving Minnesota is good for the Blackhawks; he was a really good 5-on-5 player last year. A good offensive player leaving the division is a good thing. We think…

However, Fiala going to Los Angeles makes the Kings an even stronger play in a division that is up for grabs next season. We don’t know what the summer will hold in Vegas, the Flames could lose at least one of Johnny Hockey and/or Matthew Tkachuk; Tkachuk is an RFA currently. With Edmonton having won that division this season, the Kings know they needed to be tougher to play against and this deal helps them accomplish that mission.

And it will be fun to see a Minnesota Golden Gopher potentially stay “home” and move up the road to the Wild in the future. Faber is a terrific prospect; the Wild did well in adding him to their pipeline. We’re not thrilled the Wild added a good defenseman in this deal.