What They're Saying About the Blackhawks First-Rounder (No. 7 Overall) Kevin Korchinski Skip to content 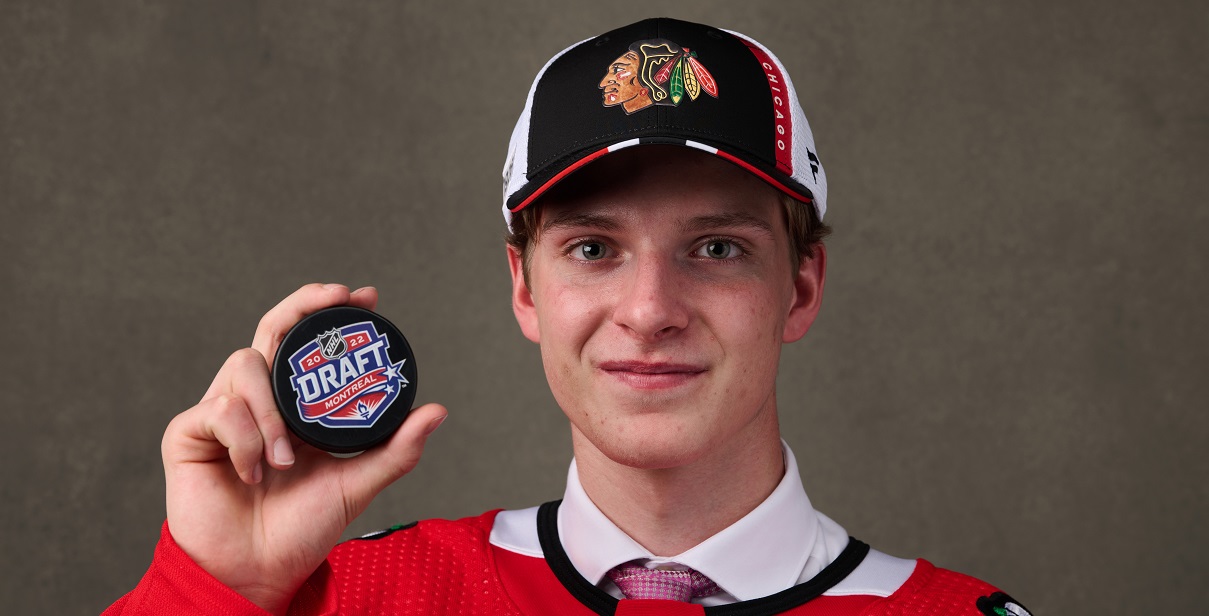 The Blackhawks’ first trade on Thursday was a blockbuster that stunned the hockey world. Chicago sent Alex DeBrincat to Ottawa for only three draft picks, including the No. 7 overall selection in this year’s draft.

With the seventh overall pick, the Blackhawks went with a defenseman who has received some incredibly positive reviews from scouts and analysts. Many feel he might be a game-changer with the highest potential ceiling in the draft class on the blue line. But he will be a year or two away from the NHL.

What were people saying about the Blackhawks’ selection of Kevin Korchinski?

The first big mover on the draft board. Many felt that Korchinski would fall just outside the top 10, but his name was getting mentioned with frequency by draft insiders as someone who could rocket up the board. The Blackhawks acquired this pick from the Senators in the Alex DeBrincat trade, and used it on Korchinski, a 6-2 left-handed defenseman. He’s got a ton of offensive upside, as shown in his 65-point season in 67 games. The Blackhawks are in a teardown. Korchinski can be an important piece in building back up.