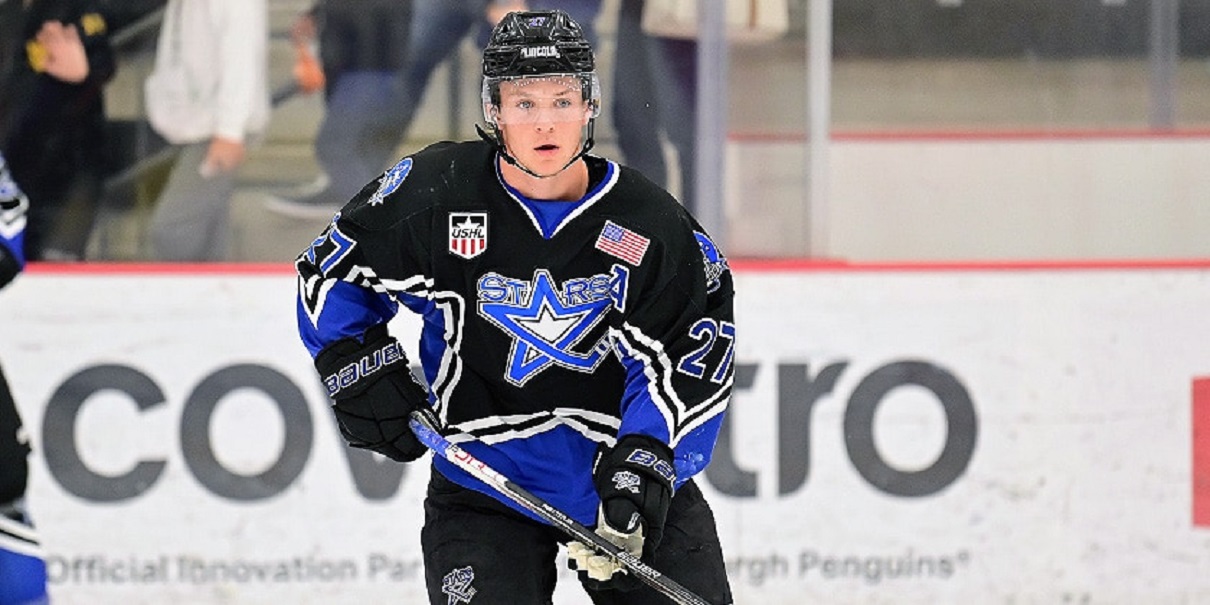 On Tuesday afternoon, USA Hockey announced they have added six players to their tryout camp for the upcoming World Junior Championships. One of those six players is recently drafted Blackhawks forward prospect Aidan Thompson.

We wrote about Thompson during last week’s development camp. He was one of the players who really stood out on the ice. He’s headed to the University of Denver this fall.

The 20-year-old center was drafted by the Blackhawks in the third-round (No. 90 overall). He joins other Blackhawks prospects Frank Nazar, Dominic James, Wyatt Kaiser, Connor Kelley and Landon Slaggert in the USA Evaluation Camp.

Nazar, James and Thompson are 2022 draft selections of the Blackhawks.

The 2022 IIHF World Junior Championship will take place from August 9-20 in Edmonton, Alberta. The USA’s final 25-player roster is expected to be announced by August 3.