Where Are Blackhawks Prospects Playing College Hockey This Year? Skip to content 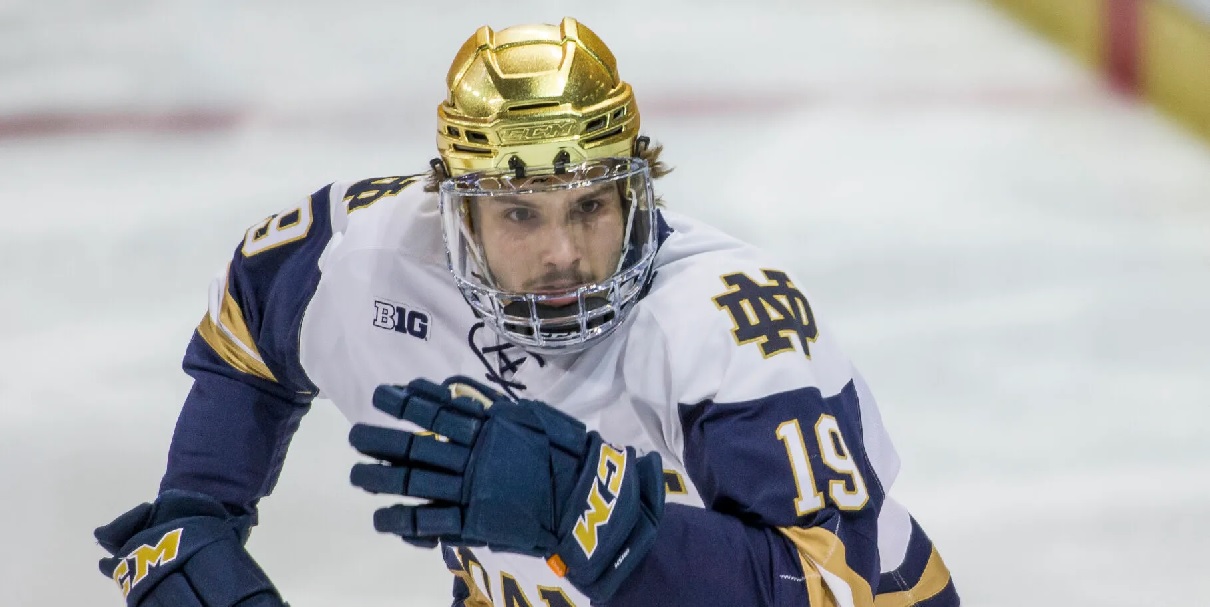 If you’re a fan of college hockey like I am, this will be a good season to tune in and watch some of the Blackhawks’ top prospects skating in game action around the country.

Here’s where the Blackhawks’ 13 prospects will be playing their collegiate hockey this season. We broke it out by their draft year and listed by round and overall selection and then by players who have been added via trade.

For those scoring at home, there are four skaters in Hockey East, the Big Ten and the NCHC.

Chicago will have two prospects each at Notre Dame, Boston University, Minnesota-Duluth, and Providence College. Kelley was at UMD but is transferring to Providence for this coming season.

The Blackhawks’ third first-round pick in 2022, defenseman Sam Rinzel, will play in the USHL this season before beginning his commitment to the University of Minnesota (Big Ten) for the 2023-24 season.