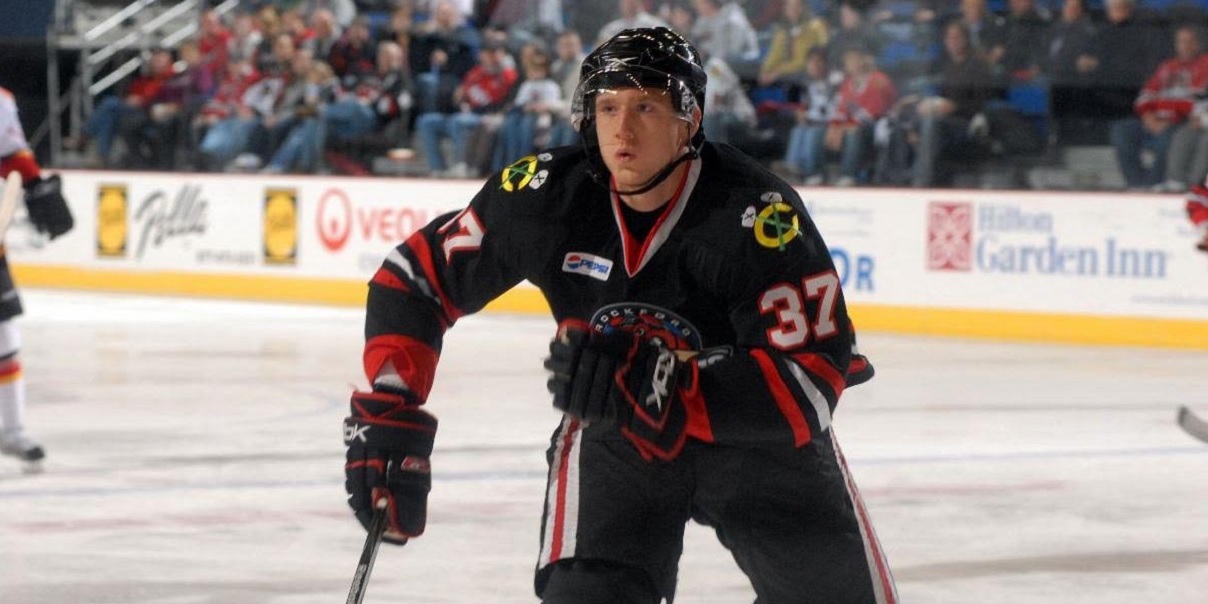 On Thursday morning the Rockford IceHogs announced a familiar name is coming back, but not to the active roster — as an assistant coach.

Rob Klinkhammer, who was a forward for the IceHogs from 2008-12, was named an assistant coach on Anders Sorensen’s staff. Klinkhammer, who turns 36 on Aug. 12, join Jared Nightingale, Peter Aubry and Adam Gill on the Rockford staff.

He spent the last seven years of his professional career in the KHL. Klinkhammer appeared in 153 regular season NHL games, only one of which was for the Blackhawks (on Dec. 8, 2010 vs Dallas).

While new Blackhawks head coach Luke Richardson was an assistant coach in Calgary, Klinkhammer appeared in 15 games for the Flames during the 2011-12 season.

“We are very excited about adding Rob and his family to our IceHogs Group,” Sorensen said in the team statement. “Rob’s playing career speaks for itself, having played in the NHL, AHL and over in Europe. That experience will be a good foundation to the start of his coaching career & an engaging asset while working with our young prospects.”

That resume is consistent with what the Blackhawks have been looking for at every level in the new regime.