Could the Blackhawks Leverage Their Roster and Cap Space Flexibility to Get a Flippable Trade Piece from Toronto? Skip to content 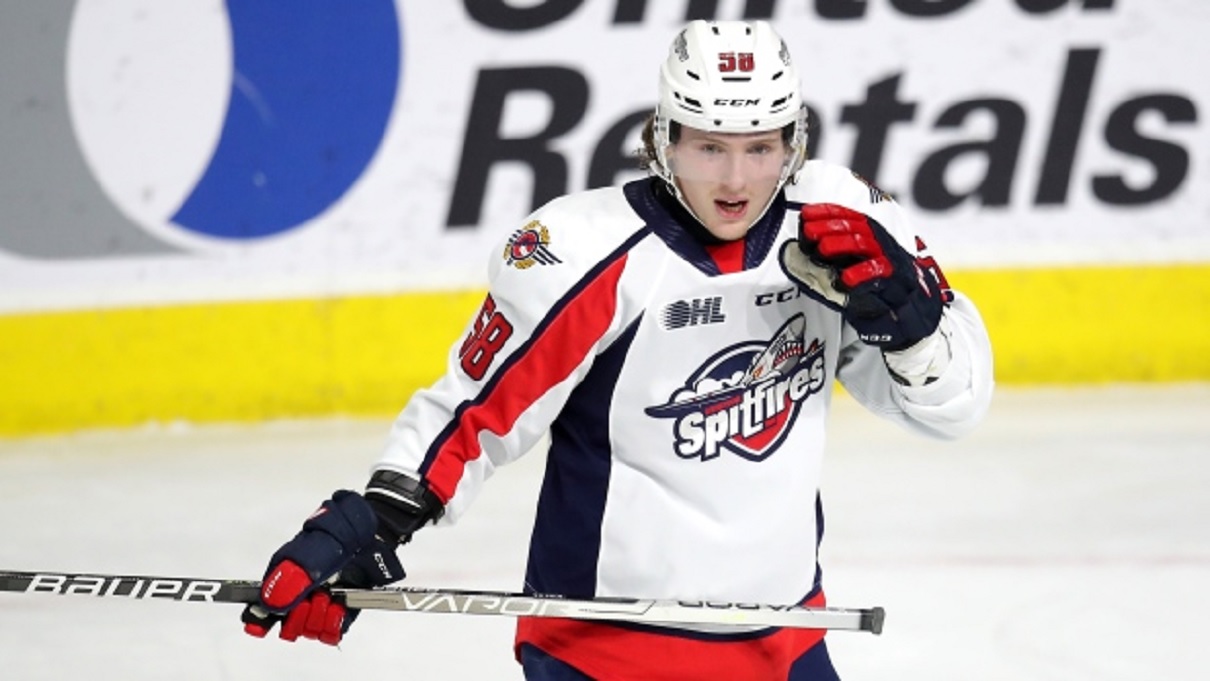 As we get within a handful of days of the 2022-23 NHL regular season beginning, teams are starting to fill up the waiver wire with players they plan on sending to the AHL — and other teams may find help on the scrap heap.

In our Blackhawk Bullets on Friday, we noted a story out of Toronto that the Maple Leafs are so desperate for a right-handed shot on their blue line that they’re actually considering using Mitch Marner on the blue line. Right now, former Blackhawk draft pick Justin Holl is the only right-hander in their defensive group — and that’s apparently a significant issue for the Leafs.

Toronto is also in need of dumping some salary. According to CapFriendly, the Leafs are currently roughly $2.9 million over the cap. So they have two glaring needs — ditch salary and find a right-handed defenseman — and they have less than two weeks to do it.

The Blackhawks’ rookie general manager has around $7 million in cap space to play with and has openly said he’s willing to take on salary to add future assets. And he already did the Leafs a favor this summer when he acquired Petr Mrazek in a draft pick swap that netted Chicago the pick used on defenseman Sam Rinzel (a trade I think the Blackhawks should have done better on for what it’s worth).

So maybe the Kyles — Davidson and Dubas — get back on the phone and have a conversation. Because the Blackhawks have three right-handed defensemen in training camp who might intrigue Toronto.

The Leafs have been rumored to be shopping forward Alexander Kerfoot. The 28-year-old had 51 points and averaged a little over 15 minutes per game for Toronto last year and has one year remaining on his contract that carries a $3.5 million cap hit.

A 51-point forward would be a luxury on the current Blackhawks’ roster. And, with one year left on his deal, he would fit the rent-to-sell profile the Blackhawks have built his year’s roster around.

So how could the Blackhawks help the Leafs?

Of the three defensemen in question, two are on AHL contracts right now. The third would be a hard sell for me, but would make sense considering the evolving picture on the Blackhawks’ blue line.

The hard sell to me would be Ian Mitchell.

I’ve been a huge fan of his since the Blackhawks drafted him in the second round back in 2017. He’s seen some NHL action in each of the last two seasons, but a wrist injury has cancelled his training camp and will keep him out of the lineup in Chicago or Rockford until late-October — setting his potential of making the Blackhawks’ roster into limbo.

Of the two AHL contracts — which would require the Blackhawks to sign them to then trade them — one might make more sense than the other.

Adam Clendening will turn 30 on Oct. 26 and is back in the organization once again. As the IceHogs pointed out in the press release announcing his return, Clendening is chasing some of the all-time records in Rockford this season. But he was brought back to be a veteran leader with the Hogs. It’s worth noting, however, that he had his most productive AHL season since the 2013-14 campaign last year, posting 42 points in 75 games for Lehigh Valley.

The other defenseman who may be the most intriguing of the three for Toronto is Andrew Perrott.

He signed with Rockford at the end of June and just turned 21 at the end of August. He’s listed at 5-10 and 216 pounds on the Blackhawks’ training camp roster and is coming off a solid final year in the OHL.

Perrott split last year between Windsor (in Toronto’s back yard) and Owen Sound. Combined between the two teams, he had 49 points in 62 regular-season games and then contributed 14 points in 25 playoff games with Windsor in the postseason. Seven of those 14 points were goals, too.

Again, Clendening and Perrott are on AHL contracts, so the Blackhawks would need to sign them to make a trade involving either player. But Rockford will have four defensemen on AHL contracts and others who aren’t ready for Chicago battling for ice time, so moving a body wouldn’t hurt. And the Blackhawks have 45 player contracts on their books, leaving them room under the 50 cap to make a move like this.

Kerfoot for one of those defensemen with a pick swap might make sense for both teams.