No Nazar: Blackhawks Prospect Having Surgery, Return This Season in Question Skip to content 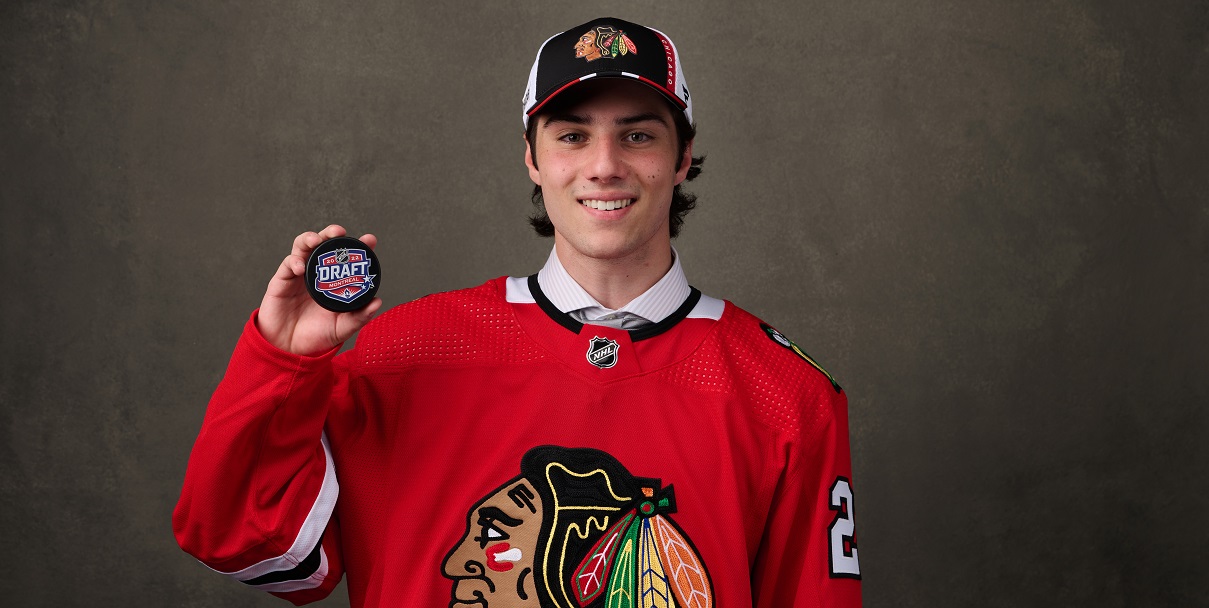 We’ve all been patiently waiting for Frank Nazar to join his Michigan teammates on the ice this season. Well, the wait might last until next season.

According to a report from Scott Powers of The Athletic on Tuesday morning, Nazar is having surgery to fix a lower-body issue that might cost him the 2022-23 season.

“I think from our standpoint, we’re just worrying about his overall health more than anything like long-term,” Michigan interim head coach Brandon Naurato told Powers. “We just want to do it right versus rushing him back. When he does come back, it’ll be when he’s 100 percent. … If you wait or just try stuff out and it doesn’t work, you’re just pushing timelines back. Just trying to do what’s right by him.

“He’s doing OK,” Naurato continued. “Obviously, it’s a tough time for him, so just trying to get his spirits up. I don’t think he’s had a major injury before. Just trying to be positive. … He’s such a student of the game and hockey nerd, but he’s got to relax right now. It’s just tough. But he’s doing well.”

And yes, the appropriate response to this news is “man, that sucks.”

Powers noted it could be possible that Nazar could return in February, but there is a chance his 2022-23 season is over before it begins.

Michigan’s roster is loaded with recent and future high NHL draft picks, and Nazar was supposed to be one of the headliners of a ridiculously good freshman class that also includes center Adam Fantilli, who will probably be a top-three pick in the 2023 NHL Draft.

The Blackhawks selected Nazar with the 13th overall pick in the 2022 NHL Draft, a pick they acquired in the trade that sent Kirby Dach to Montreal. Scouts love Nazar’s elite speed and playmaking ability and he looked the part of a top-tier prospect at the Blackhawks’ development camp in July.

However, the Blackhawks aren’t desperately looking for Nazar to be the savior of the franchise in the next 12 months. There’s no rush on his timeline to turn pro, and there’s a strong likelihood he would have returned for a second season at Michigan anyway.