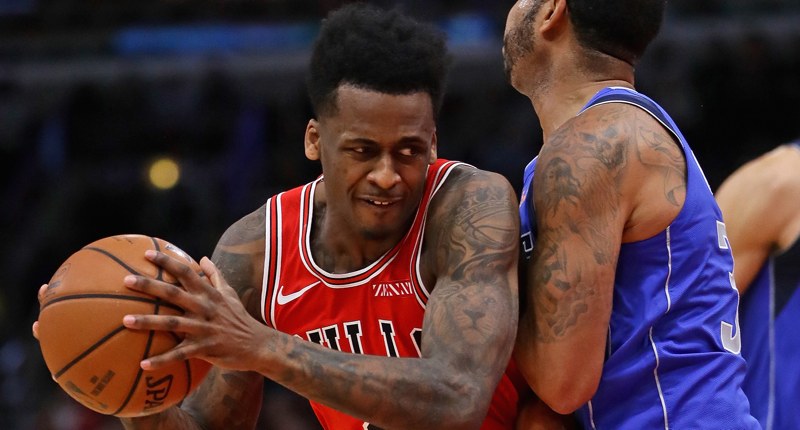 The Chicago Bulls also found themselves cutting ties with an “AB” on Saturday morning:

The Chicago Bulls and guard Antonio Blakeney are parting ways, with the team planning to release him, league sources tell @TheAthleticNBA @Stadium.

NBA insider Shams Charnia tweets the Bulls are set to release guard Antonio Blakeney. It is a move that Darnell Mayberry of The Athletic notes was necessary so the team could get down to the maximum of 15  guaranteed contracts. With Blakeney on the roster, the Bulls were at 16 guaranteed contracts. But without him, they stand with 15. Don’t you love when math is easy?

Blakeney averaged 7.5 points, 1.8 rebounds, and 0.8 assists in 76 games over two seasons with the Bulls. He shot the 3-pointer at a respectable 39.6 percent clip last season, but saw his scoring average and minutes per game dip in his second season with the team. Between diminishing minutes, questionable fit as a volume-shooting ISO guard, and an influx of guards who were added to the team in the offseason, releasing Blakeney at this point was a logical move.