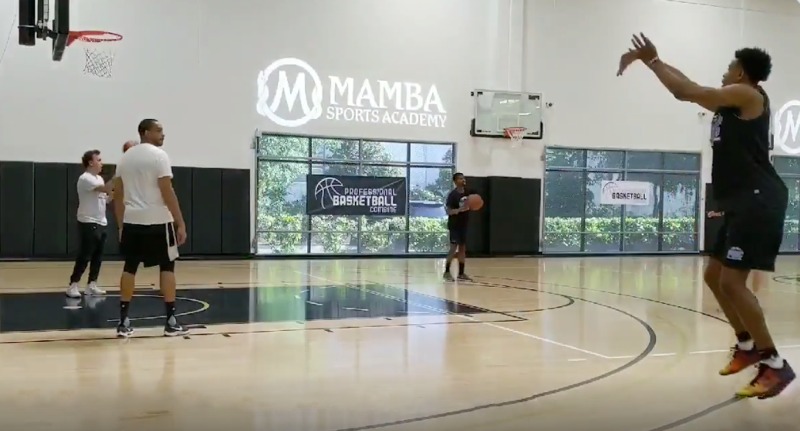 The Chicago Bulls are reportedly signing undrafted free agent guard Justin Simon to an Exhibit-10 contract, according to Adam Zagoria.

The Bulls have expressed interest in Simon previously, bringing him in (along with 40+ others) for a pre-draft workout back in June. Simon was then added to the team’s Summer League roster but didn’t necessarily have the most flashy showing. He averaged 21 minutes per game in five contests, averaging 6.8 points and 4.0 rebounds. He did, however, post an efficent 52 percent field goal percentage (16-31).

While adding another guard seems a bit counter-intuitive (given how many are already on the roster), the Bulls are most likely looking at Simon as a project piece. Although, it’s worth noting, Simon’s position is one of a great need for the Bulls, who lack significant depth at shooting guard.

The point guard position is stacked with Coby White, Tomas Satoransky, Kris Dunn, Ryan Arcidiacono and Shaquille Harrison all on the roster. With only Zach LaVine and Denzel Valentine being true shooting guards, the Bulls are most likely going to use several of these point guards off-the-ball this season. The Simon signing, then, demonstrates the team’s interest in evaluating future investments at this position.

As for his background … Simon was the Big East Defensive Player of the year (averaged 10.4 ppg, 5.1 reb and 1.5 stl) and offers an intriguing skill set at six-foot-five, but he also still needs work. Zagoria reports that Simon will join the Bulls for training camp as well as play in the preseason. Zagoria states Simon is then “expected” to join the team’s G-League affiliate, the Windy City Bulls.

The Exhibit-10 contract means Simon will receive the minimum NBA salary. According to Hoops Hype, compensation isn’t protected, but a potential bonus could be in store for Simon if hangs around with the team long enough. The Bulls do also have one two-way contract remaining, so it’ll be worth keeping a close eye on whether Simon could find himself in the running.