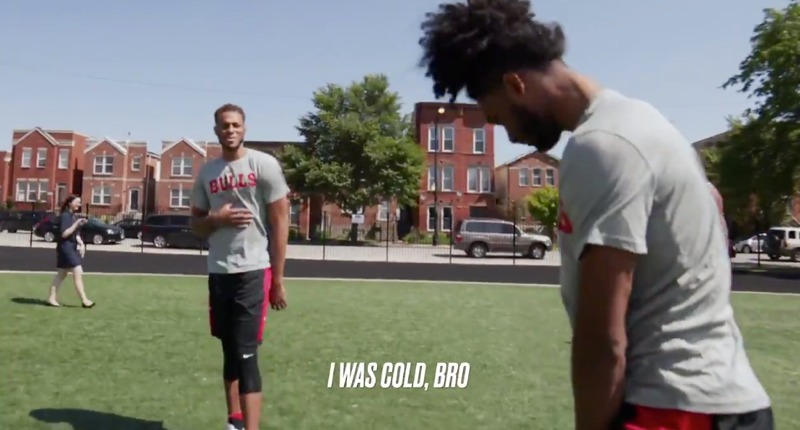 The Chicago Bulls must know that my craving for the NBA season is at an all-time high.

With training camp quickly approaching the October 1st start date, the Bulls released the first episode of their documentary web series Run With Us. A behind-the-scenes look at the 2019 NBA Draft, episode one gives us a closer look at Coby White and Daniel Gafford’s introduction to their new team.

Trust me, it’s worth a watch.

It’s starting to get to that time…

Get a look behind the scenes as the Bulls go through the draft process and introduce rookies @CobyWhite and @Dan_G33 to the team and city in the debut episode of #RunWithUs Season 3.

Inject every last second of this video right into my veins.

Major shoutout in advance to the Bulls TV team for putting together – what’s bound to be – another great set of episodes. Last season the franchise released one episode a month, but I think I’m about to start a formal petition for one episode a week. Hey, I need #CobyContent.

If you haven’t had a chance to tune in to the series at all, I recommend going to check out last year’s. The short 10-minute episodes allow for some of the most intimate looks inside the Bulls organization, and while it may not demonstrate the “bad” (you know because it’s released by the Bulls), the show still manages to humanize the players and coaches involved.

I was re-watching some of the episodes from last season, and the producers even make it hard not to feel happy for Jim Boylen at times. Watching Boylen genuinely embrace his family after his first win as the Bulls head coach put a smile on my face (what are you doing there, smile!?).

Anyway, there is arguably no better way to get pumped for this season than giving this first episode a watch. We’ve said it before, but Gafford and White are just two guys who are hard not to love. Plus, and the slow-motion shots of them running makes it feel like there is actual help on the way for this organization!