Film Review: Tomas Satoransky's FIBA Performance Has Me Feeling All Kinds of Ways Skip to content 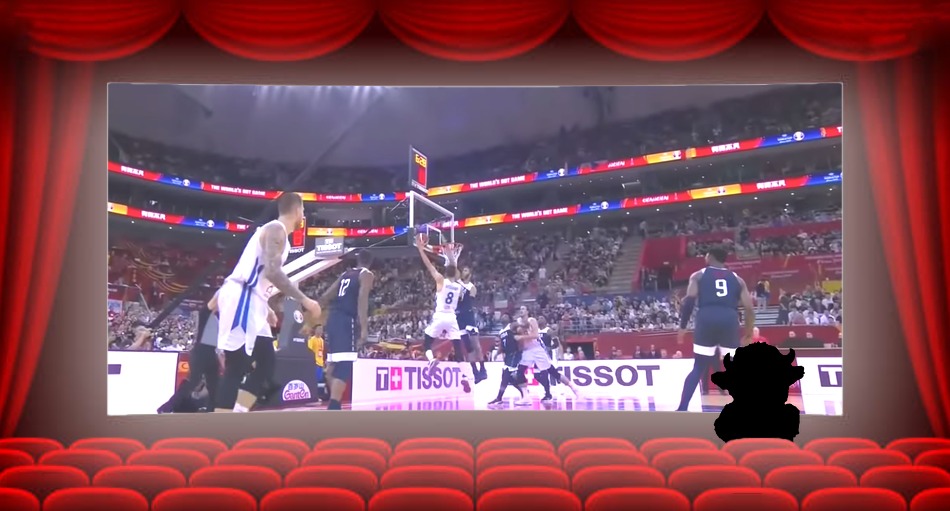 International basketball (like the FIBA World Cup) may not draw a ton of interest from NBA fans, but for those who did tune in, I think it was easy to see why Tomas Satoransky was on more than one team’s agenda this offseason.

Yes, the level of competition may not be as fierce as the NBA, but Satoransky still posted an MVP-caliber performance this summer, demonstrating that he’s got the tools needed to operate as a consistent starting point guard.

FIBA released a video package of every made shot and assist from Satoransky this tournament, and it’s worth a watch.

Instead of just basking in Sato’s glory though, I decided to jot down some key takeaways. Feast your pupils, my pupils.

I’ve watched plenty of Satoransky film before, but something I hadn’t yet noticed was just how well he sees the court. Obviously, with assists numbers as solid as his, you’re going to have good awareness, but Satoransky manages to read practically every option.

Almost like a QB sitting in the pocket, you can see Satoransky’s head swivel back and forth as he tries to locate the open man. You can tell this really makes a difference when he’s operating in transition and on the fast break. Yes, I know this just sounds like the job of a point guard, but there is something about the way Satoransky does it.

After all, he averaged 8.5 assists per game at the World Cup, so there has to be something he’s doing a bit differently. You can tell the Czech Republic gave Satoransky the opportunity to create, while also providing him with a team that works well off the ball. With the pace the Bulls are expected to run this season, Satoransky’s quick eye could be a huge difference-maker.

For starters, Zach LaVine can be a bit less ball-dominant and work more on opening up the offense; not to mention, focus on his three-ball and playmaking ability.

With a six-foot-five frame and having played impact minutes at point guard, shooting guard and small forward in the NBA, you can tell Satoransky knows when to shoot his shot. During the FIBA World Cup, Satoransky was the sixth-most efficient player (second if you’re only counting guys who played eight games). He had an average efficiency rating of 21.5 per game and shot 45.7 percent from the field. He averaged only about 11.5 shot attempts per game, which isn’t all that much when you consider the role he played on the team.

If I’m the Chicago Bulls, I love to see that. He was the clear No. 1 player for the Czech Republic but didn’t force up shots when the going got tough. Satoransky focuses on high-percentage looks, which is especially made evident by his solid 48.1 clip from behind the arc. He ended up averaging 3.4 attempts per game, sinking 1.6 of them. Practically all of his three-point-makes came via open, catch-and-shoot situations.

Satoransky isn’t one to be sinking layups with contact and swooshing jumpers over opponents, he either recognizes the open-lane or sees enough room for a smooth floater. In other words, he’s smart about it. The Bulls aren’t looking for a scorer (that’s, supposedly, covered) they’re looking for a player who makes the guys around him better … Satoransky does that with an IQ like this.

Let’s just say, if I’m the other team, I’d be scared of what Satoransky and Wendell Carter Jr. could do to our defense. The number of assists Satoransky had underneath the basket should have Carter Jr. smiling ear to ear.

As I said, Satoransky isn’t the guy to finish in traffic, and he knows that, so instead he finds a creative way to dump the ball off. Sato-Carter Jr. oops coming soon to a court near you?

PS: Seeing a little high pick and roll action wouldn’t be all that bad either.