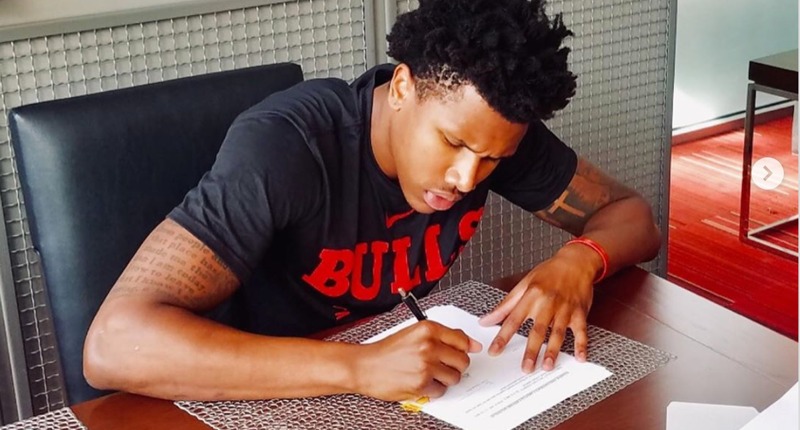 You know what they say: You can never have enough guards (or something like that …).

With training camp now officially under one week away, the Chicago Bulls have been busy. The team recently signed guard Justin Simon, and now you can add Perrion Callandret to the list, as well (The Windy City Bulls also traded for Milton Doyle, who is expected to be at training camp).

The Chicago Bulls have signed guard Perrion Callandret. Callendret played Summer League with the Chicago Bulls. He went undrafted out of Idaho at the 2018 NBA Draft. Callendret was high school teammates with Bulls guard Zach LaVine, and sat out last season rehabbing an injury.

Perrion Callendret played a total of five seasons at Idaho before going undrafted in 2018. A longtime friend of Zach LaVine, the Bulls star shooting guard called the organization to ask if they would consider adding Callendret to the Summer League roster, according to an article by the Spokesman-Review.

Callendret may have averaged only 8.0 minutes per game over his four Summer League contests, but it appears the Bulls saw enough to keep him around. Of course, he has yet to garner any NBA experience after leaving Idaho, where he suffered multiple injury setbacks. But if you ask LaVine, he’s got all the right tools to be a successful player at the professional level.

“He’s an elite athlete,” LaVine told the Spokesman-Review. “He’s a team-oriented guy who will do everything for the team. If you want him to go out there and play center, he’ll do that. He’ll guard different positions. You talk about pure athlete, skill wise, somebody that could shoot the ball, pass, play defense and get up and try and dunk on you, I think he’s got the whole package.”

Whether this comes as more of a kind gesture, or legitimate opportunity, the Bulls will have Callendret in training camp with finding wing depth on the agenda. Callendret isn’t elite in any particular category, but he’s an all-around solid athlete who tends to play some hard-nosed defense (Boylen’s ears just went up).

Chances are, it also doesn’t hurt that Bulls Assistant Coach Nate Loenser was voguing for the guy back in July: “At this level, there’s different paths,” Loenser told the Spokesman-Review. “How he got on the team is kind of irrelevant. We all get favors; we all get different opportunities; it’s what we do with those opportunities. His attitude has been great since day one. He’s worked very hard; he’s surprised me and our coaching staff the right way. His vibe has been great when he’s gotten his opportunities this week; he’s done what we’ve asked him to do, and I’m just excited for him to get this opportunity.”

If we know one thing about the Bulls head coach, he likes them with “grit and character.” Well, according to Callendret’s Instagram story, he was already hitting the gym last night with new teammate Justin Simon. He’s already checking the right boxes.