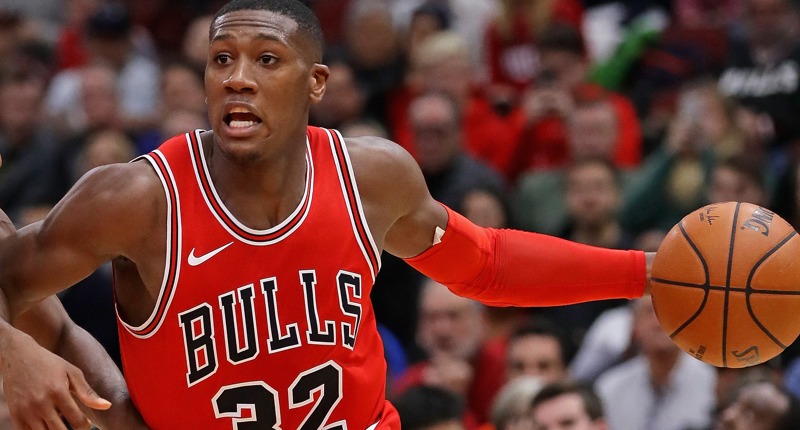 As you may have noticed, I’ve been aboard the Tomas Satoransky-Starting-Point-Guard Express for a while now (the dining cart is quite nice, actually). But as I continue to consider the upcoming point guard battle in training camp, I can’t seem to shake this feeling: Will Kris Dunn be the starter on opening night?

Part of me believes this Satoransky vs. Dunn competition might be a tight one, and reading K.C. Johnson’s latest mailbag only strengthened that belief.

“And from all accounts, Dunn has looked great in informal September workouts. Remember: He likes to say he’s a “dawg” and he’s at his best when challenged. He’s currently being challenged. So his best-case scenario is to be an important contributor to the team. The more realistic one, however, is for him to improve his trade value with solid play and the Bulls look to shore up their wing depth with a trade.”

Later in the post, Johnson was asked to project his starting five for opening night, and he has Dunn on the court instead of Satoransky. Part of me wants to be surprised, but the other part of me understands the move.

Not only are the projected starting five at least a bit more familiar with Dunn playing the point, but he’s also always been a player who thrives under competition. I still believe that Satoransky’s facilitating ability will eventually win him the role – be it before opening night or later on – but Dunn’s athleticism and defense have proven to be reliable in the past.

Not to mention, Satoransky has the ability to play off the ball, something Dunn doesn’t do too well. The expectation for White to get around 20-24 minutes per game also throws another wrench into figuring out this point guard rotation. Johnson brings up the idea of Satoransky and Dunn crossing minutes, which I expect is due to the lack of depth at wing. If Dunn’s starting at point guard, the coaches could theoretically send Satoransky in off the bench for him or LaVine.

If Dunn’s on the bench, that wouldn’t necessarily be the case.

Although, the most intriguing reason we could see Dunn start opening night (or even beyond that) is to showcase him. The strong belief remains that the Bulls will look to trade Dunn once the season gets underway for an additional wing piece. Perhaps, it’s an easier sell to trade the guy who won the starting point guard position than it is a bench player, even if not much is actually different. After all, when Johnson was with the Chicago Tribune earlier this offseason, he admitted Dunn’s trade value was practically nonexistent. Claiming he outperformed others in training camp and displaying his talent alongside the team’s best players could raise his stock, relatively speaking.

With that said, an argument could be made that letting him look like the “best player on the court” with the second unit could probably also accomplish that goal.

The Bulls have a messy point guard situation on their hands to figure out. It never hurts to have an abundance of talent, but Jim Boylen and his coaching staff have to learn what to do with it. Training Camp starting on Oct. 1, so buckle up.