The Bulls Sure Are Saying a Lot of Nice Things About Kris Dunn, But Is It All About Trade Leverage? Skip to content 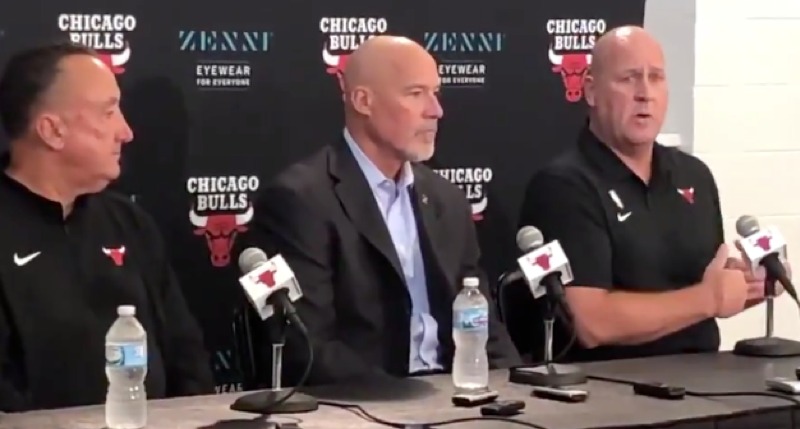 Okay, so Kris Dunn might be back on the Bulls’ good side.

The offseason may have started with John Paxson and the Bulls front office throwing Dunn under the bus, but the vice president of basketball operations went out of his way to praise the point guard at Monday’s media day.

"He had a great month: we're all proud of him. He's really committed himself to this group."

"Kris Dunn is a really good defender and could do a lot of things we need." pic.twitter.com/sjS2mXeC2K

Paxson mentioned that “sometimes guys get challenged” and apparently the 25-year-old point guard has responded quite well.

We’ve been getting more and more hints about Dunn’s offseason here lately, and it appears to have been full of positives. For example, The Athletic’s Darnell Mayberry pointed out that Dunn has been “killing it” during unofficial workouts and pick-up games over the last month. And NBC Chicago Sports K.C. Johnson shared similar information in his latest mailbag, going as far as putting Dunn in his projected starting lineup come opening night.

Now, I’ll admit, the singling out of Dunn felt a bit forced. After so many offseason comments about needing to improve the point guard position, it felt like Paxson was playing just a bit of cleanup after realizing Dunn was still on the roster. And perhaps more to the point: with all the continued speculation about Dunn being traded during the first half of this season, this could just be our first dose of the team trying to create some buzz.

But to Dunn’s credit, this all might be sincere, too! When he spoke with the media earlier today, he sounded just as professional as ever.

Kris Dunn: "Do I view myself as a starter? I think anybody would view themselves as a starter. Who doesn’t want to start? But it’s Coach’s choice. And I’m going to do whatever I can to help this team win. Whatever the team needs me to do, I’m here for it."

Kris Dunn says he didn’t seek out a trade this summer, saying he “always wanted to be in a Bulls uniform.” Credits his dad and other important people on his life getting him focused on taking on this new challenge.

While I still believe Dunn will be traded come the February deadline (it’s just what’s best for the team), I’m becoming increasingly optimistic that the return could be pretty solid. With the staggering number of point guards currently on the roster, the competition could spark a version of Dunn we haven’t seen before.

Maybe the guy becomes a bit better off the ball. Maybe his three-point shot improves. Maybe he proves to be an even better defender.

Regardless, Dunn looks like he’s prepared to prove his value, and that’s only good news for the Bulls.