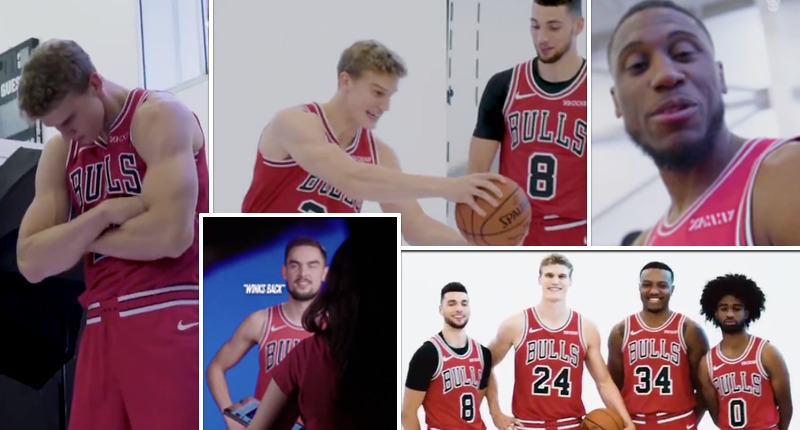 The NBA regular season is right around the corner and preseason action starts later this week. The rumor going around right now is that if you follow us, your life immediately becomes better.

Ryan Arcidiacono on Thad Young's early effect on #Bulls: “He’s been a great voice for us. He’s really leading by example, taking charges, diving on loose balls in September before training camp. The younger guys see that. He’s definitely setting the lead and setting the tone."

And yours truly repping the only pair of RA51s. Equipment staff has us looking good. #GoBulls pic.twitter.com/tdpVPhIqHe

Chicago Bulls-approved. The Air Jordan 9 Retro 'Gym/Red' will be available on 10/5.

Hey, @TheSecondCity, you should get in touch with Coby White.

He’s already got the art of the callback down to a T. pic.twitter.com/i9cWE46vBb