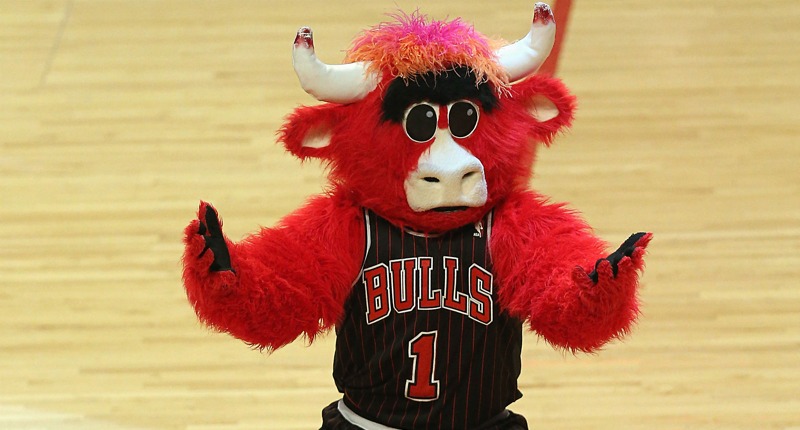 It’s only Day 1 of training camp, but the Bulls are already trying to make us cry.

After heading into the first practice with relatively positive health status (the life of a Bulls fan, eh?), the Bulls now exit with two new injuries:

"In practice, Wendell Carter sprained his left ankle. As of this moment there's no swelling, little soreness. We expect him to be day to day. Daniel Gafford, right elbow hyperextension. We'll evaluate him further as the day goes on and see how that feels." – Coach Boylen

During Media Day on Monday, Carter Jr. spoke about feeling 100 percent healthy following his core-muscle surgery this offseason. Today, then, was his first opportunity to fully participate with the entire team, but the 20-year-old will now have to wait even longer to get acclimated. Sigh.

Jim Boylen reported after practice that his ankle injury doesn’t appear to be serious and Carter Jr. is listed as day-to-day. Still … bummer. This makes for yet another obstacle for Carter Jr. to endure after only playing 44 total games last season. While none of his injuries in the NBA thus far should have any long-term effects, the more small injuries that creep up the more questions about his durability will rise (and not unjustifiably).

As for rookie Daniel Gafford, he hyperextended his elbow, but we’ll have to wait for an update on his status.

According to NBC Sports Chicago’s Mark Strotman, there is somewhat of a concern that Gafford’s injury could be similar to Markkanen’s at the beginning of last season. If that happens to be the case, Gafford could be sidelined for quite a bit. When Markkanen sprained his elbow in Training Camp last season, he went on to miss the first 23 games of the season.

The two injuries pose rather big concerns for the center position, which now has it’s projected top-3 on the depth chart out with some kind of injury (free-agent signing Luke Kornet was already out of practice today due to turf toe). At least the Bulls still have Cristiano Felicio to anchor the position … right? RIGHT!?

Yeah … overall, things could be worse, but this isn’t the best news to start training camp.

Oh, and to add insult to injury, Chandler Hutchison, who was already out due to a hamstring injury, was sent home because of a virus, according to K.C. Johnson.