Wendell Carter Jr. (Ankle) Practiced Today and Is Feeling Better Than Ever Skip to content 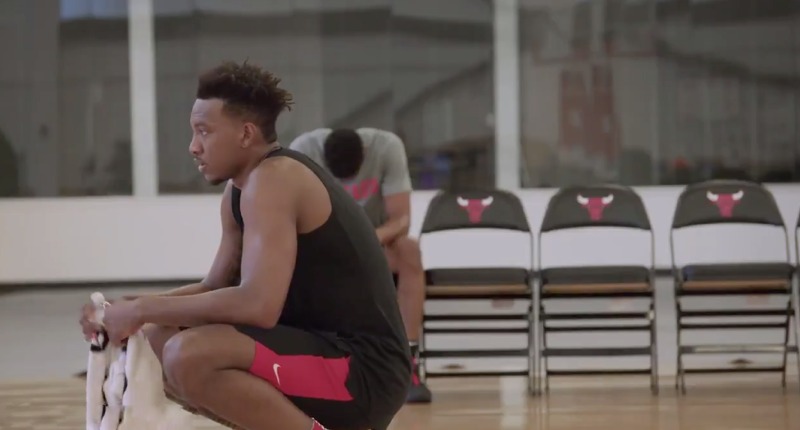 No need to fear, Wendell Carter Jr. is here.

After an ankle injury ended his first day of training camp earlier this week, Carter Jr. was back on the floor Tuesday and practiced fully (exhales):

"I stepped on someone's foot (yesterday), but it's all fine now. All good to go on practice… Right now it doesn't hurt at all." – Wendell Carter Jr. to media on Day 2 of Training Camp pic.twitter.com/b3c3KmvKfv

I guess that extra recovery period (a product of Jim Boylen opting for the one longer practice) served the big man well. With Daniel Gafford and Luke Kornet both suffering through injuries of their own, the ankle sprain to Carter Jr. sparked plenty of worry over the past 24 hours – which isn’t unfair given how much time he missed last season and the slowly increasing expectations for this year.

But while we’re still waiting to hear about Daniel Gafford’s elbow hyperextension (UPDATE: good news on this front too, he practiced!), it’s reassuring to know that one of the Bulls projected starters will not be missing any additional time right now. Not to mention, Carter Jr. is already playing catchup after having to go through rehab for the core muscle surgery he had this offseason.

Although, it’s all good news on that end as well:

Wendell Carter Jr. also elaborated on his offseason surgery, said he didn’t need it because core muscle injury is something he’s played through since age 15. But he’s pain-free now and said it’s best he has felt in long time.

The best he’s felt in a long time = nice.