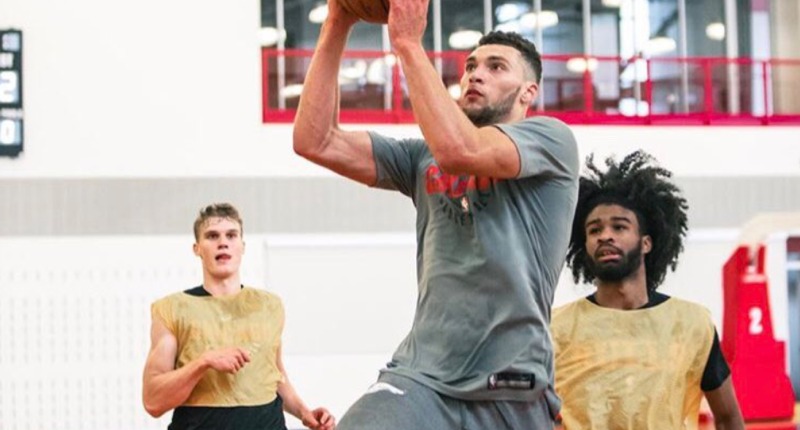 Do you remember when we spent the summer in a constant state of annoyance because Team USA basketball, who was having trouble recruiting stars, did not extend an invite to Zach LaVine? We do.

Or when we were justified in that annoyance, because Team USA stunk it up and could have clearly used a guy who routinely gets buckets in his sleep? Because we remember that, too – if only because LaVine could have really been helpful in a game against Turkey that should have never been that close in the first place.

Well, it turns out LaVine *WAS* asked to play for Team USA and declined. 🙂

Here is why he didn’t play:

Zach LaVine confirms that USA Basketball did reach out to him about playing in the FIBA World Cup this summer. He got the call after the initial wave of guys opted out.

LaVine wanted to play but tweaked an ankle and didn't want to risk anything.

OPE! Guess we were mad about nothing all along.

But good on LaVine for prioritizing his health over everything else. We’ve seen LaVine work hard throughout the offseason (putting in work, grinding away,in open gyms, etc.) to position himself to lead the Bulls this season. And with the team having postseason aspirations, having a healthy LaVine will go a long way toward helping the Bulls reach some new heights.

Sure, it would have been neat to see him get buckets and bond with members of Team USA. But the basketball season is long enough without FIBA games, and it would have been even longer had LaVine tweaked something and was starting the Bulls’ training camp season at less than full strength.