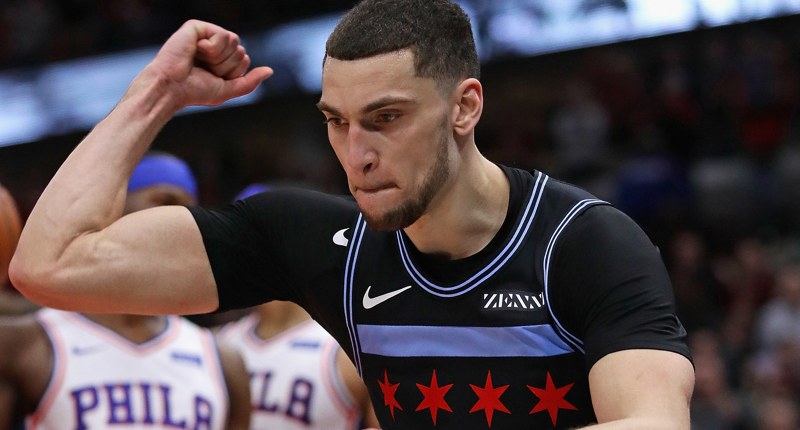 I’m not sure if you saw this yesterday, but – in short –  Brett was challenged to pour a bunch of beer all over himself and then write an article.

And what do you think he did?

My boss is better than yours. https://t.co/CymEGQrWUJ

LaVine on assistant Chris Fleming: "(He) came from Brooklyn last year and we want to do something like they did. We’re a team that’s slept on, not a lot of people are expecting a lot of big things out of us but we want to go out there and make a splash…and be a playoff team."

Maybe it's because they're 0-0 and everything's going swell at the Advocate, but Boylen has been pretty laid back and funny these first three days. Seems like he and the team are in good spots. Now about those wins…

“It would be great, obviously that’s one of my goals. I had an All-Star season last year, but you got to have the wins behind that. I feel like everything comes with winning. The better we get, the more you get noticed as an individual. ” – Zach LaVine on the All-Star Game pic.twitter.com/XSXNbIbwB2