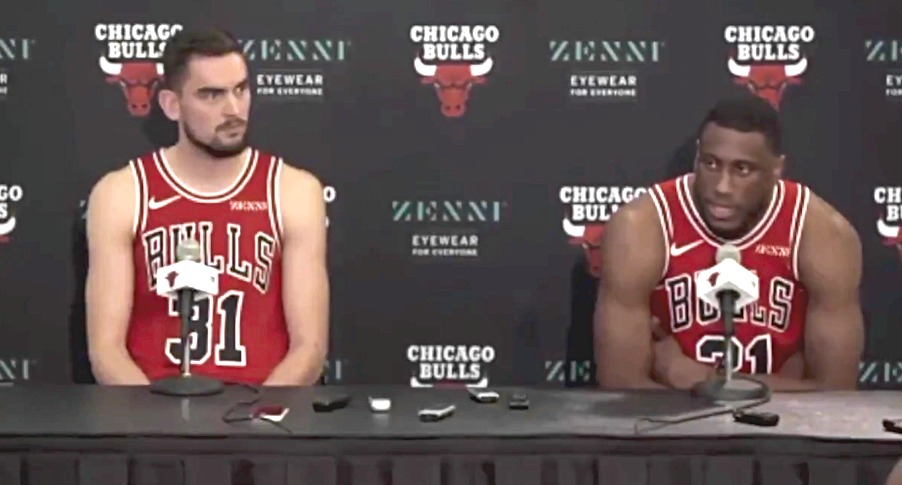 When the Chicago Bulls opened up free agency with a quick signing of Thaddeus Young, it was certainly a pleasant surprise.

Young was a recognizable name with a proven track record of success and consistency, but wasn’t exactly known to be on the Bulls’ radar. Little did we know, that move would ultimately jump-start a refreshingly rational offseason strategy for Chicago that has since blossomed into a bit of well-earned optimism among the players.

You may have missed it on Monday, but nearly every player stood behind a microphone at Bulls Media Day preaching a winning mentality. And it’s hard to believe Young’s can-do attitude wasn’t a big part of that (both directly and indirectly) – especially for the younger and less-experienced players on the roster (of which there are many).

In fact, the volume and degree of youth on this Bulls team is precisely why it’s so interesting to see an older, yet still-desirable player like Young choose to partner up with the Bulls in the first place.

But after hearing why he made that decision, it’s even easier to slip into that same state of optimism projected by the players: “It was more about need than anything,” Young told reporters. “I felt like this team needed me in the progress. I felt like this team would give me a chance to come and help lead and help build a culture … it puts me in the same potential place to where I was before, where I can come in help a team get better – quick, fast, in a hurry – and potentially, like I said, make the playoffs.”

When Young joined the Pacers back during the 2016-17 season, they went on to finish 42-40 that first year, which was good enough for the 7th-seed in the Eastern Conference, before stacking back-to-back 48-win campaigns in 2017 and 2018. Long story short: Young left the Pacers better than he found them, and now has a chance to do the same thing with the Bulls.

And for an organization that has known nothing but inconsistency for the better part of the last decade, a piece like Young, who started 81 of the 81 games he played in over the past two seasons, can help change the culture wholly and immediately.

But if all these hypotheticals and intangibles aren’t your cup of tea, just know that the guy is also a pretty darn good player. For a Pacers team that head several high-profile names on the roster (like Victor Oladipo, Darren Collison, and Myles Turner), Young had the team’s third-best WS in 2017-18 (5.5) and the second-best in 2018-19 (6.9). In other words: Yes, he can make a difference both off and on the court.

As Vice President of Basketball Operations John Paxson expressed during a recent episode of Run With Us, Young was the organization’s “top priority” this offseason, and it’s fairly easy to see why:

Ryan Arcidiacono on Thad Young's early effect on #Bulls: “He’s been a great voice for us. He’s really leading by example, taking charges, diving on loose balls in September before training camp. The younger guys see that. He’s definitely setting the lead and setting the tone."

When all is said and done, I wouldn’t be surprised to see Young wind up as one of the Bulls’ most influential free agent signings, well … ever (to be fair, they don’t have a great track record on that front).

You can check out Young’s full soundbite here:

The rationale that Thaddeus Young provided the media regarding why he chose to sign with the Chicago Bulls was excellent.

Thad passed up signing with already established teams because he wanted to help a young team build a culture as he did with the Indiana Pacers. pic.twitter.com/gnrEiCP5jK