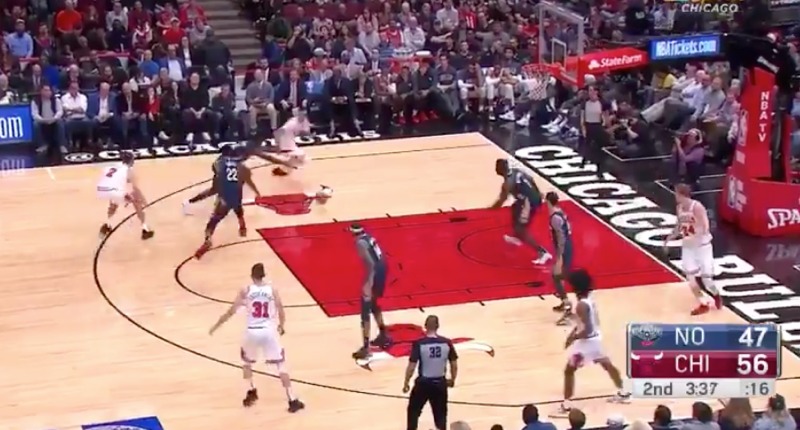 While covering the Bulls game last night, I missed the fact that the Washington Nationals beat the Los Angeles Dodgers and will be going to the NLCS.

We’re in one of the best sports months of the year, by the way. Don’t take it for granted! Basketball time!

Markkanen missed this corner three but the passing sequence to set up this shot may have been the best we've seen from the team in so damn long. pic.twitter.com/uuZK9OZALq

This lineup has 18 points in a 5-minute stretch https://t.co/dRh4I5vZv1

LeBron James attracts many pests, but Joakim Noah might be the best player to ever beef with him.

This is BEEF HISTORY.

Scott Skiles has been contacted about his interest in replacing David Blatt as coach of Greece’s Olympiakos, his agent Keith Glass tells ESPN. Skiles has coached four NBA teams, most recently with Orlando in 2016. “Coaching still interests Scott,” Glass said.

Hopped on @ESPNCU this morning to talk some #Bulls.

If you're interested in listening, podcast link below. I can't remember the last time I had this many positives to talk about. I like it when the Bulls don't hurt me!

Also, shoutout to @JWerner247 for having me on again! https://t.co/gYsBgDO3iU