WOJ BOMB: Lauri Markkanen “Is Going to be a Star” Skip to content 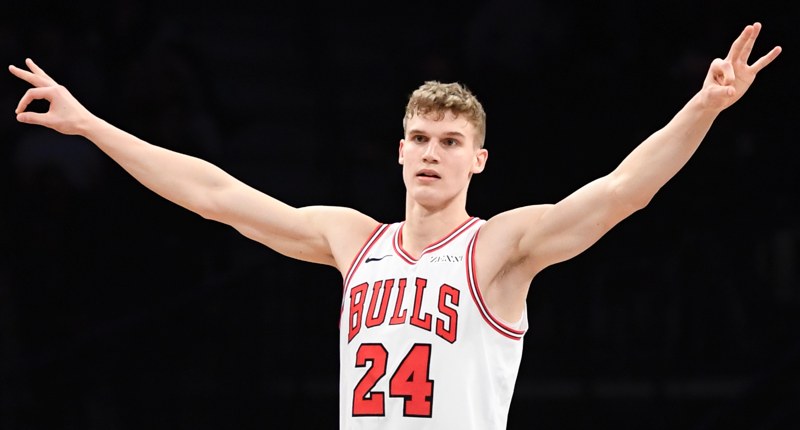 Lauri Markkanen is getting some love.

ESPN’s Adrian Wojnarowski went out of his way to bring up Lauri Markkanen as a future star while discussing this year’s group of breakout candidates with Zach Lowe.

Hey, when Woj is complimenting your team, you have to be doing something right!

Check it out starting around the 5:30 mark:

Last February, Bulls fans saw the most dominant Markkanen by putting on the type of performance that would inspire someone like Woj to express his belief that a star is on the rise. Markkanen averaged 26 points and 12 rebounds per game while shooting 48.6 percent from the field, 34.8 percent from the 3-point line, and 92.3 percent from the free-throw line.

Filling the stat sheet in those games is the stuff stars are made of, but Markkanen’s production tapered off after that. In the 13 games that followed to wrap up his season, Markkanen managed only 16.8 points and 8.9 rebounds per game as he shot 38.9 percent from the field, 31.1 percent from the beyond the arc, and 85.7 percent from the charity stripe.

Markkanen’s biggest hurdle to clear before earning star status is finding consistency and staying on the floor, which is something Woj and Lowe point out as they chat up his potential budding stardom. Stay healthy, stuff the stat sheet, and a star could be born.

If the Bulls want to pull themselves out of rebuild mode this season, Markkanen taking the next step is needed starting with the season-opener on October 23. Markkanen hasn’t posted a flashy preseason performance yet, but he’s looking fresh for the start of what could be a breakout season. And he has some true believers on his side.