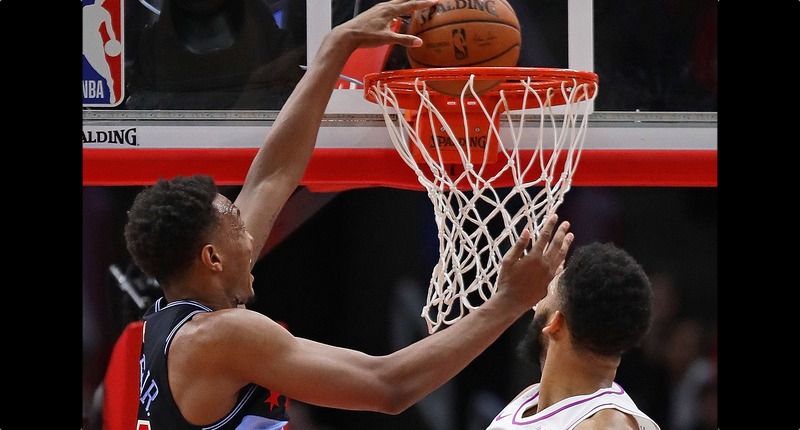 The Chicago Bulls head coach Jim Boylen announced today that Wendell Carter Jr. will make his first start of the preseason tonight against the Toronto Raptors.

Wendell Carter, Jr. gets the start tonight for the Bulls. Coach Boylen talks with @ctsbulls about rotations you will see and more in tonight’s game.

The big man has been sidelined since January 15, after his rookie season was cut short due to a thumb injury. Following his recovery, Carter Jr. chose to receive an optional muscle core surgery this offseason to deal with a long-time discomfort. Though he was ready to participate fully by the start of Training Camp, a tweaked ankle followed by a lingering tailbone bruise kept him out of the team’s first three preseason games.

Now finally set to return, Boylen said in the video above that Carter Jr. will receive 16 minutes, all of which will come in the first half. The rest of the Bulls starters will play into the 4th quarter.

Carter Jr.’s health is one major question for the Bulls heading into the regular season, and we’ll see how he looks tonight, as well as how he recovers post-game.

While we’re on questions, just a little update on one we’re still not-so-patiently waiting on.

“No, we won’t announce that yet, we’ll keep playing our guys,” Boylen said after Chuck Swirsky asked if the head coach was ready to name the team’s starting point guard.

However, he did go on to say these last two games will be “more typical” of what the Bulls are going to look like … so take that as you will.