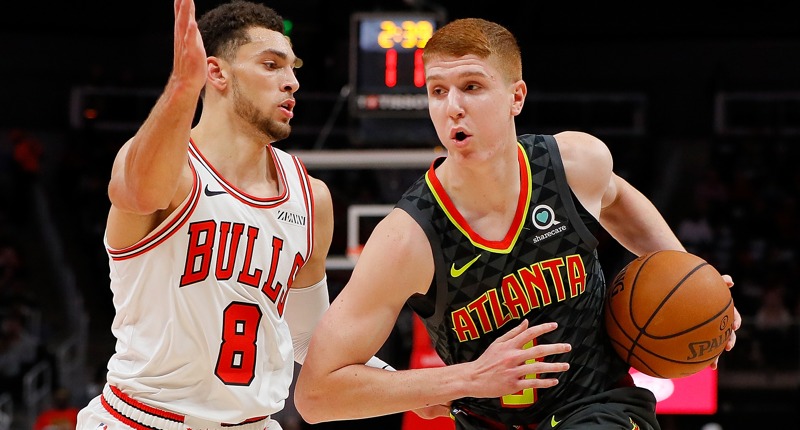 If the Zach LaVine hype wasn’t real enough, the latest from The Athletic’s Darnell Mayberry’s, will get your blood pumping. In fact, it’s your must-read of the day.

Anyone who’s watched LaVine play knows that he’s got mad game on offense. And as far the defensive side of the ball goes, well … he’s actually got a mad game there too – literally.

“I’m just tired of people talking s–t about my defense,” LaVine told Mayberry. “I’ve always been a good on-ball defender. But there’s no reason I can be this good offensively and not be that good on the defensive end. So I’m taking more pride in it. I’m pretty sure it’ll show. I’ll make sure of that.”

About to start his sixth season in the NBA, LaVine is a man on a mission looking to make his first All-Star appearance, and improving his defense is the most direct path. He’s started the preseason with his foot fully pressed on the gas pedal on the offensive side of the court (as he does), averaging 23.3 points per game while shooting 55.8 percent from the field and 57.9 percent from behind the arc. But more impressive than that has been his improved effort on the defensive end of the court. He’s staying in front of defenders and poking away basketballs like we haven’t seen before.

Whether he can keep this two-way energy up when the season begins will remain to be seen. But it’s a positive sign – not only for LaVine, who’s trying to gain more respect around the league, but also for the Bulls who struggled immensely on defense last season with the 5th-worst defensive rating (112.8).

LaVine’s offseason grind appears to be paying off, and he’s already helping the Bulls catch some serious attention.

He’s not shying away from the attention/expectations, just check out this snippet from the article:

“I mean, that’s what I put the work in for,” LaVine said. “I don’t spend three hours in the gym to be a good player in the league. I do that so I can be a star. That’s what I see myself as.”

LaVine was then told he didn’t have to apologize for that.

Is anyone else ready to run through a brick wall?

Check out the full article in The Athletic here:

Zach LaVine had some strong comments today about his defense and his desire to take his game to another level https://t.co/lILq1iYubJ