Should The Bulls Add Some Depth By Claiming Forward Alfonzo McKinnie? Skip to content 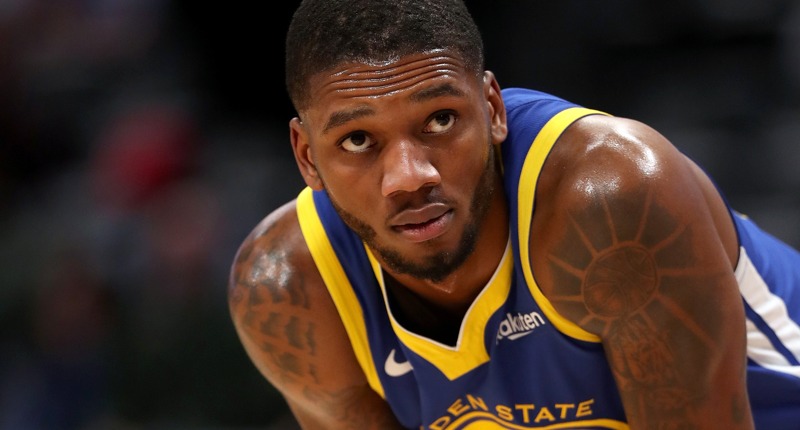 We are seeing the teeth of the hard cap with the situation in Golden St. Backed in a corner with really one option to keep Marquese Chriss- waive Alfonzo McKinnie. GSW is now $375K below the hard cap.

And here’s the connection to your world …

While the Chicago Bulls have surprised many with a solid trip through free agency and a flashy preseason, the lack of roster depth at the wing remains a glaring weaknesses of the team. And McKinnie, a 6’8″ forward, just so happens to now be available.

As it stands, the Bulls are 4th in the waiver order behind the New York Knicks, Cleveland Cavaliers, and Phoenix Suns. So … should they make a play for the forward? Perhaps.

With the second-year Chandler Hutchison battling a hamstring strain that’s expected to keep him out during the start of the season, the Bulls aren’t getting any internal solutions anytime soon (not to mention the fact that they still don’t exactly know what they have with Hutchison, anyway).

Of course, McKinnie has been in the league for only two seasons and hasn’t been overly impressive in that time (despite playing on two-playoff caliber teams). After appearing in only 15 games for the Raptors during the 2017-18 season, McKinnie found a role with the Golden State Warriors last year where he played in 72 games, including five starts – he averaged 4.7 points per game, with 3.4 rebounds and shot 48.7 percent from the field (35.6 percent from behind the arc).

But despite the modest start to his career, McKinnie’s relative positional size does allow for some always-welcomed versatility and he probably does deserve to be on an NBA roster.

If the Bulls were to claim him, they’d be on the hook for his $1.58 million non-guaranteed contract, which isn’t all that much. But even after making the money work, the Bulls would have to get rid of a player of their own, which seems tough to imagine right now.

The most likely candidate to cut would be Shaquille Harrison, but he’s already a bit of a Jim Boylen favorite. The Bulls could try to wait to see if he clears waivers and get him on their one remaining two-way contract as well, but McKinnie probably isn’t about that life.

The Bulls probably do not NEED McKinnie, but it’s definitely something to think about when he could help boost depth at small forward or even power forward.