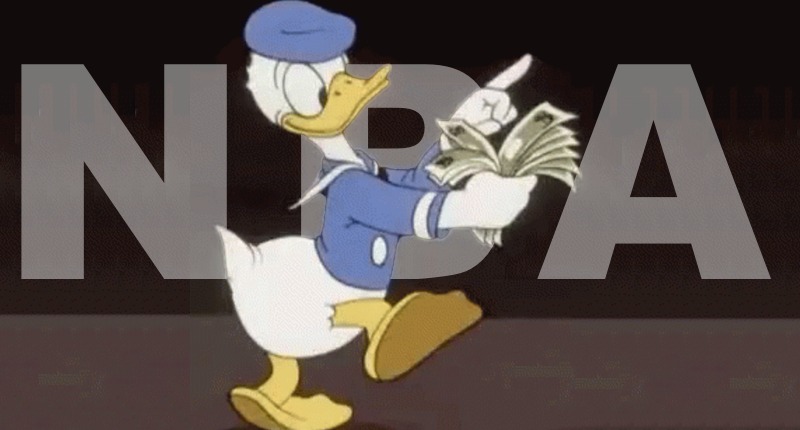 Someone get in touch with whoever makes those stupid, nonexistent holidays because it’s National Drop Bags Day (aka: the rookie-scale extension deadline)!

Organizations across the league handed out massive contract extensions earlier today, four of which come from Eastern Conference playoff contenders.

Here’s what we’re dealing with:

Yup, that’s a lot of cheddar.

Since Hield and Murray are both in the Western Conference, let’s all just give them one unanimous clap and move on to talking about the East.

Great. Anyway, the Toronto Raptors signed Pascal Siakam to a max deal earlier this weekend, something many expected after his breakout performance last season. With the departure of Kawhi Leonard, Siakam should keep the Raptors relatively competitive on his own, especially if he continues this upward trajectory. On the other hand, the Boston Celtics extending Jaylen Brown and Indiana Pacers extending Domantas Sabonis comes as a small surprise after both players have been tossed around lightly in amateur trade conversations.

With the Celtics and Pacers in a position to climb up a relatively weak Eastern Conference leaderboard, Brown and Sabonis could’ve been two intriguing names to dangle at the deadline for a needed piece. Although, it appears both teams feel better off with them on the roster than in the market.

As for Taurean Prince with the Nets: he played himself into a contract during this preseason when he led the Nets in points per game (16.8) and three-point percentage (69.9 percent, nice).

While none of these moves do anything to impact the Bulls directly (at least, not right now … any extension will serve as a baseline for future negotiations), it is nice to see that Zach LaVine’s four-year, $78 million contract is looking like an absolute steal at the moment.

Many around the league were critical of the Bulls decision to match the offer provided by the Sacramento Kings before the beginning of last season, but it’s looking pretty darn smart right about now. If LaVine managed to make an All-Star game this season, the Bulls could very well be holding one of the most valuable contracts in the NBA for a non-rookie.

Of course, this isn’t to say I wouldn’t love to see LaVine get paid appropriately, but this does open up doors for the Bulls to have an All-Star-caliber player and a good chunk of change to hit the free agency market down the road.

Oh! Speaking of which, that 2020 free-agent market stinks even more now. All of the players listed above were possible restricted free agent grabs next offseason, and with other restricted free agents like Ben Simmons and Caris LeVert signing extensions earlier this offseason as well, the best name on the list is Brandon Ingram.

To end on a Bulls note, Chicago may not have been involved in any fun extensions today, but they did pick up their options on Lauri Markkanen, Wendell Carter Jr., and Chandler Hutchison.

I wouldn’t be too surprised to see Hutchison’s name here, by the way. The guy didn’t play a ton last season and the Bulls till want to see what they have in their previous first-rounder. I’m not super high on his potential right now, but he’s still a talent worth keeping around on a relatively cheap salary.