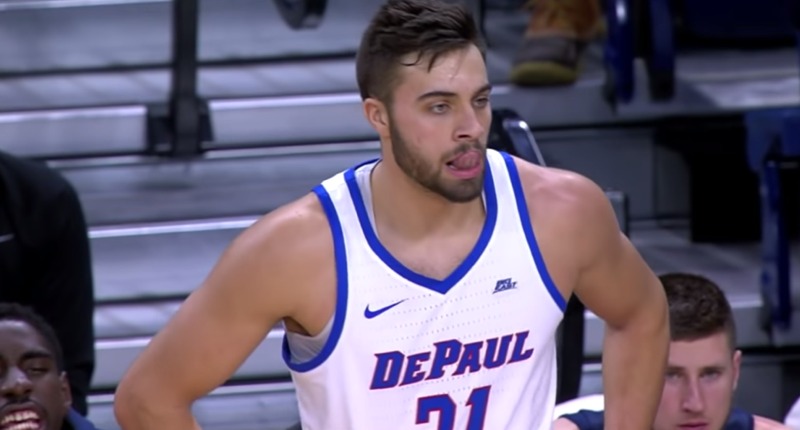 He’s back in Chicago!

OFFICIAL: The Bulls have signed guard Max Strus to a Two-Way contract.

The DePaul standout spent the last couple months as a member of the Boston Celtics after agreeing to a two-way contract with the franchise shortly after going undrafted.

However, last week, Strus’ deal was moved to a partially guaranteed deal, according to Boston.com. The same article states that league sources believed Strus was making a case for the team’s final roster spot, but ultimately, Javonte Green earned the seat.

During the preseason, Strus got a fair amount of playing time, and he did impress in the Celtics’ third outing, when he put up 14 points, going 4-6 from downtown. But unfortunatly, he never quite could mimic his college scoring ability this preseason (averaging 5.0 points, 2.0 rebounds, and 1.5 assists in 14.6 minutes).

Strus played two full seasons at DePaul after transferring from Lewis University. Last season for the Blue Demons, he averaged 20 points per game, going 42.9 percent from the field and 36.3 percent from behind the arc. He also managed to haul in 5.9 rebounds a game and dish out 2.2 assists.

We got wind that the Bulls would be seeking other candidates for their last two-way contract (Adam Mokoka holds the first) after the team waived Justin Simon, Milton Doyle, and Simisola Shittu this weekend. Afterward, Boylen told reporters the team had a list of names and were reaching out to players, so I’d be curious to know if Strus was at the top of the list.

I’ll tell you this, the guy can get up, and he sure does play with a lot of energy. I wouldn’t be surprised if we hear Boylen says he checks all the right boxes. Toughness, check. Character, check. Spirit, Check. Other Boylen stuff. Etc.

Anyway, if you need to familiarize yourself with his skill set, here’s his 2018-19 season highlights: