With all the hoopla around players like Zach LaVine and Coby White, it’s easy to forget the Bulls’ most proven force. While his talent isn’t the flashiest, he carries something many other players don’t: consistency.

As I’ve made sure to mention before, the guy could easily be a starter on several teams in the league. In fact, his noticeable balance of leadership and talent was enough for sure-fire playoff teams to come calling his name in the offseason.

Instead, he opted to help a team on the up and up, something he’s grown accustomed to doing at his previous stops in Minnesota and Indiana. We’ve discussed the potential impact he can have for this Bulls’ squad on and off the court numerous times in the past, but on Wednesday night, we finally got to see it.

Off the bench, Young tied for the second-highest Bulls point total on the night with 17. He shot 7-11 from the field, going 3-5 from downtown. Meanwhile, he grabbed three rebounds, dished out two assists, and committed only one foul.

I’ll admit, it’d be nice to see those rebounding numbers a bit higher with 25 minutes of play, but Lauri Markkanen was grabbing everything in sight, so I can’t blame him too much. Simply put, everything ran smoother when Young was in the game (he finished with a team-best +12), and he came up big when the Bulls needed him the most. The versatile big man scored 10 of his 17 points from the 5:09-mark in the third quarter and beyond.

Here’s how those shots looked:

The Bulls would eventually extend their lead out to 10-points, subbing Young out around the 7-minute mark. However, when the team couldn’t hold on, and the Hornets came within four, Young came back into the game. Carter Jr. and Young would switch in and out six times in the final 4:18. And while I understand wanting to play the matchup game, there is a case to be made for allowing Young to stay on the floor … let alone giving him the ball.

He scored in several clutch situations earlier in the game, but only got one shot off following the three-pointer with 9:30 left to go. Perhaps some of it is Young’s fault for not being aggressive enough, but you can make a case the Bulls should have tried a bit harder to feed him the rock. Zach LaVine and Lauri Markkanen took all but one of the team’s shots after 4:18, and while that isn’t shocking, it’s pretty predictable. I know Young isn’t specifically known as a “clutch” player, but the same goes for everyone else on the Bulls.

At the end of the day, it’s only game one. All I’m getting at here is when the Bulls find themselves in crunch time throughout this season, it might be worth trying to use the guy who has the most experience. Young might not be the best bet to win you the game, but I can’t imagine he’ll hurt your chances. 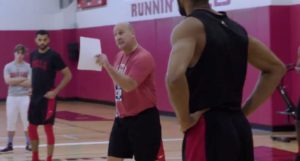 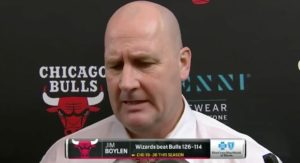