FINALLY! Tomas Satoransky Had the Breakout Performance We've Been Waiting For Skip to content 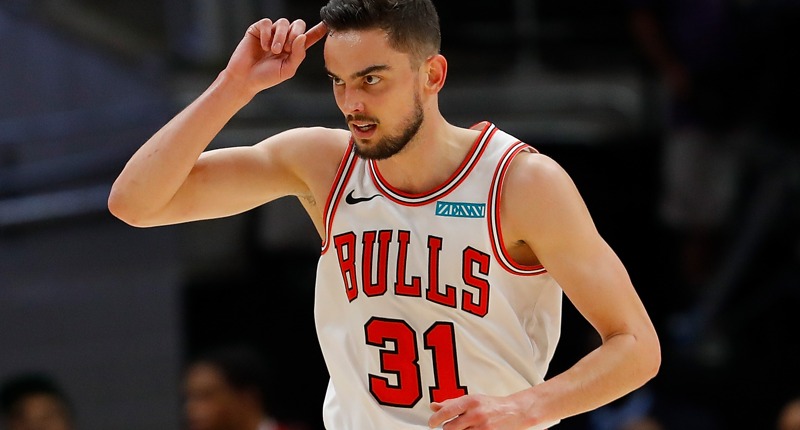 Go ahead, say it. Everyone needs to let out a good Sato-screech every once in a while.

Last night, Tomas Satoransky had the breakout performance Bulls fans were waiting for. He dropped a career-high 27 points  (FG 10-13, 3PT 4-5) with eight assists and seven rebounds. The Czech-star was aggressive from the get-go, scoring four of the team’s first eight points.

Tomas @Satoransky brought it tonight, posting a career high 27 points, hitting 10 of his 13 shots (!!) and dishing out 8 dimes to lead the Bulls to a much-needed win in Atlanta. pic.twitter.com/BL3LGwnn9P

Do you still want Coby White to start right now?

Satoransky is finally demonstrating exactly why he was considered an underrated free agent grab by many. The slow start was real, sure, but it was also most likely due to manning an entirely new unit. Not to mention, the guy is still getting his legs back underneath him after a grueling summer overseas in the FIBA World Cup (where he may very well have been the real MVP).

When Satoransky gets going, he can be a truly great piece on both ends of the floor. He has great positional size and speed to exploit matchups, which is exactly what he did last night against Trae Young. Indeed, Satoransky held Young to only nine points and three assists on the defensive end (if you don’t count the game where Young had to leave after 11-mins due to injury, that’s a season-low), topping off an all-around stellar performance.

Now, don’t expect Satoransky to be blowing up the stat sheet every night. I think he could easily average double-digit scoring this season, but his real use remains as a facilitator and role player.

But don’t think for a second that Satoransky wasn’t the key to the Bulls grabbing their two biggest leads of the season over these past two games. Whether it’s looking for the extra pass, grabbing the needed rebound, or being in the right spot at the right time, Satoransky can get the job done.

All right, one more time?