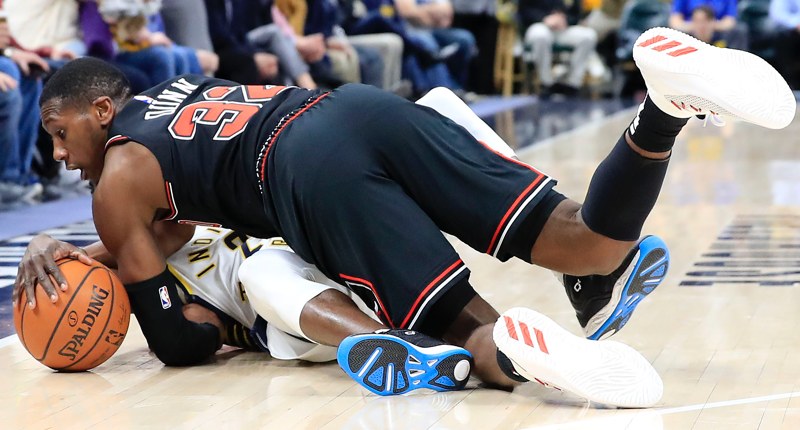 Kris Dunn is thriving in his new role.

There, I said it.

Dunn has quickly turned into the defensive spark-plug any team would be grateful to have. Entering this weekend’s action, Dunn ranks second in the NBA in total steals (20) and fourth in steals per game (2.2). Dunn trails only Ben Simmons in the total steals category, despite playing nearly 11 fewer minutes per game. And when Dunn isn’t stealing the basketball, he is still getting his hands on it. Dunn has recorded 27 deflections on the season, which is tied for seventh in the league with Jrue Holiday. Yeah, that’s pretty incredible.

On all the leaderboards mentioned above, Dunn is surrounded by starting guards averaging several more minutes per game. And yet, he’s offering much of the same quality value on the defensive end. I’ll take that any day!

Kris Dunn has accepted & excelled in his reserve role. While he still has his offensive short comings, he has mastered the defensive end. Here are the teams on/off defense for Dunn:

He improves the Bulls defense by 7.5 points. #BullsNation

Over these past two games, Dunn has combined for a total of eight steals, and he’s also had two of his better scoring performances to go along with it. He’s scored nine points and 13 points against the Lakers and Hawks, respectively. His offense isn’t what the Bulls need, but it sure doesn’t hurt when they get it.

Nevertheless, his true value to this team is helping it get stops, which creates offensive opportunities for others. And the fact that he is providing starting-caliber contributions off the bench makes it all the more impressive.

To throw out a disclaimer though, this doesn’t mean Dunn should be starting. I think there is a good possibility we are seeing this type of production from Dunn because he doesn’t have to worry about the tasks that come with running the point in the starting lineup. When he enters the game, he knows he can focus on disrupting the opposing offense.

I’ve thought about how crazy it is that I’ve gone from wanting Dunn off the court many times last year to wanting him on the court for key moments this year. Props to Dunn for changing my mindset. Remember the trade rumors came and went during the offseason, only for October to roll around and Dunn was still on the roster. The majority of those who cover the Bulls (myself included), probably wrote something along the lines of “don’t expect Kris Dunn to be in a Chicago Bulls uniform past February.” Uh, your honor, can I recant that statement?

Anyway, the whole situation is just a win-win for Chicago, who can either hold on to an elite reserve defender or dangle his improving stock in the trade market for a potential wing piece. Although, with how well he’s meshed with the team early on, I wouldn’t mind seeing him stick around, especially if the Bulls find their footing.