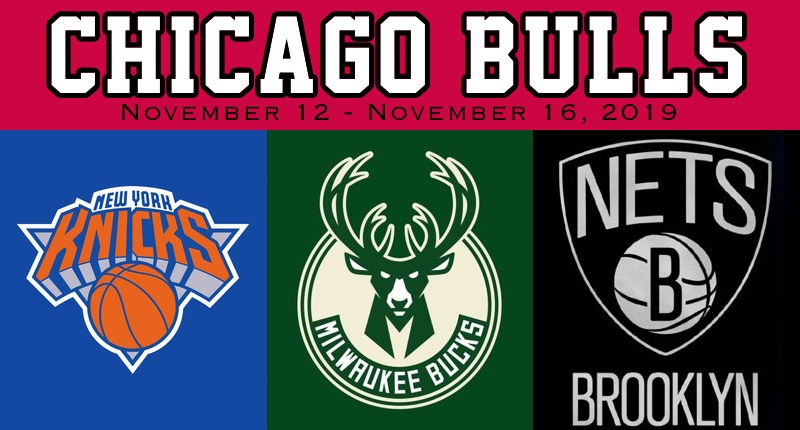 I’m ready to get hurt again.

Unavailable/Injured: Otto Porter OUT (foot) against the Knicks. No timetable has been provided yet for a possible return.

Additional Roster Notes: Head coach Jim Boylen finally told the media that Lauri Markkanen has been battling oblique soreness for two weeks. Markkanen will continue to play through the discomfort and will not be listed on the Bulls’ injury report. Cristiano Felicio has recently been listed as day-to-day with a wrist injury and will see a specialist soon, according to NBC Sports Chicago’s K.C. Johnson.

Oh: Lauri Markkanen Has Apparently Played with a Sore Oblique for Two Weekshttps://t.co/wAuZObLKEm

Bulls Player: With Otto Porter out indefinitely, Chandler Hutchison will be getting some major minutes in the coming days/weeks. Since returning from his own injury, Hutchison is looking fresh and arguably better than anticipated. Over these past two games, he’s given the Bulls life in some critical moments, either grabbing the aggressive rebound or setting his feet to take the charge. The second-year forward has a big-time opportunity to prove his doubters wrong. Can he take advantage?

Knicks Player: After the first matchup between these two teams, it has to be Bobby Portis. The former-Bull put on a show at Madison Square Garden and almost single-handedly took down the Bulls. He scored 28 points and hit the Knicks’ go-ahead three-point bucket with 1:47 left in the game. With one impressive revenge game under his belt, chances are he’s looking for another. While Wendell Carter Jr. ensured that Portis will not have his way with this Bulls team again, I’ll have to see it before I believe it. When Portis gets that crazy look in his eye … it can be scary.

Bucks Player: I think Pat Connaughton is the – just kidding … how can I not say Giannis Antetokounmpo? The Greek Freak is already putting together another MVP campaign and the Bulls (like most teams) just have to hope he’ll have an off night. Carter Jr. may be able to get in his face around the rim a couple of times, but there is no true way to contain this man. In short, I’m terrified of this matchup. The only way the Bulls are going to truly hang around is if they can finally hit their three-point shots.

Nets Player: To shake things up, let’s go with Joe Harris. The Nets’ sharp-shooter could pose some serious problems for the Bulls if they don’t buckle down on the defensive end. Out of all nights, Chicago really doesn’t want their aggressive pick-and-roll approach to create open looks for Harris behind the arc. The 2019 Three-Point Contest Champion will make this team pay if they can’t rotate and closeout.