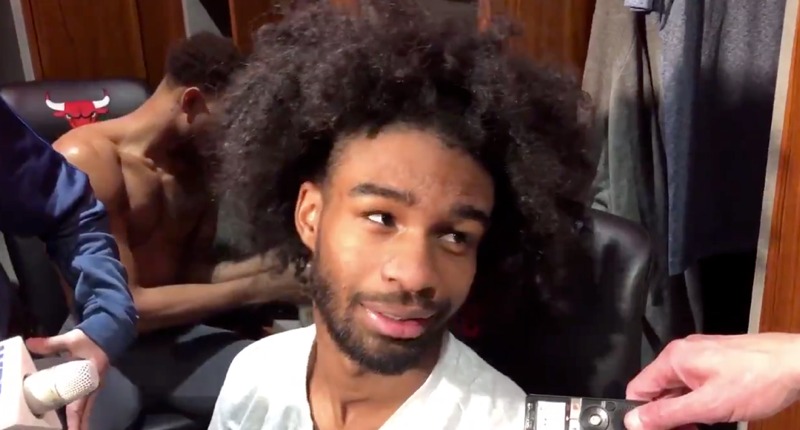 If Coby White wasn’t already on your radar, he is now.

Last night against the Knicks, the Bulls rookie practically nailed as many three-pointers as he did “wows” in his draft night press conference, posting one of the most impressive (and franchise record-setting) single-quarter shooting performances by a rookie ever.

The whole thing was endless fun, so let’s just share with you a bunch of cool stuff from last night!

7 threes in the fourth quarter alone. @CobyWhite WENT OFF.

Check out his game against the Knicks: pic.twitter.com/qdRanPWoGH

#Bulls rookie guard Coby White on his hot 4th quarter and the Bulls win over the #Knicks pic.twitter.com/8bynd7lSA6

JR Smith is a legend.

Coby White has won the Bulls two games by himself this season, which is more than anyone else on the roster can say

Last night may have been all about Coby White but this reaction from Dunn and Arcidiacono after a Coby basket was low-key the best moment of the game.