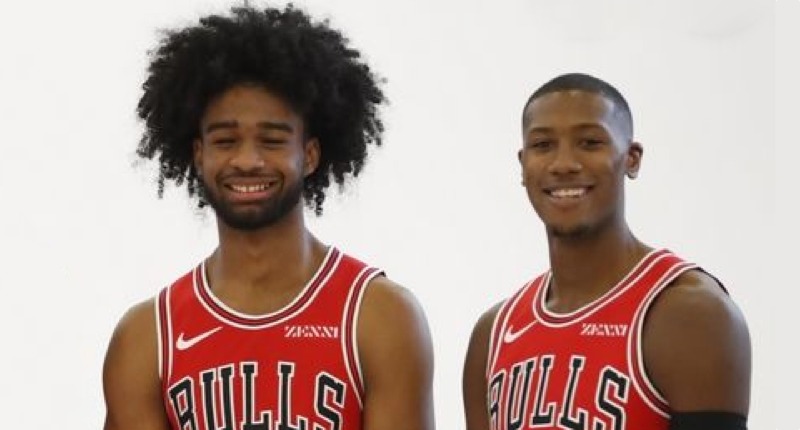 The Chicago Bulls are 11.5 point underdogs to the Milwaukee Bucks tonight, but little do these naive sportsbooks know, Coby White is about to drop 11 threes in the fourth-quarter tonight!!

Kris Dunn helped push Coby White to his dominant performance against the Knicks: “I tell him every time ‘I’m going to try to push you to be Rookie of the Year.’ If I can do that, that’d be an honor for me.” @DarnellMayberry: https://t.co/cvnOA22PXK

Arcidiacono‘s reaction as soon as he passed to Coby, that’s so love, bro from chicagobulls

VanVleet and Siakam are running em out there. pic.twitter.com/Q1BGaNfNyA