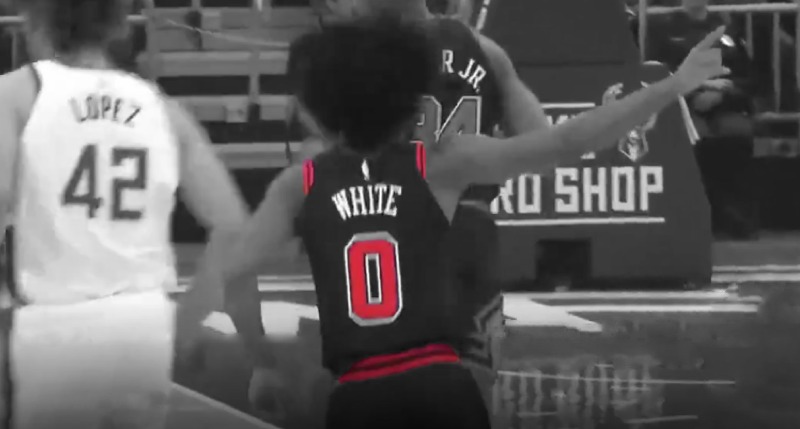 It’s Friday, so let’s give everyone some hope.

Keep in mind the Eastern Conference is very top-heavy. Several teams are fighting for scraps at the bottom of the pack, and if the Bulls won last night, they could have actually moved into the No. 7 slot. Obviously, we’re still extremely early into the season, but finding a way back into the conversation isn’t all that hard for any of these teams right now.

Carmelo Anthony is back in the NBA.

Melo is signing with the Trail Blazers, per @wojespn pic.twitter.com/6BC2g598p7

Coby White is the 6th rookie over the last 35 seasons with consecutive 25-point games off the bench and the first since Donovan Mitchell in 2017. pic.twitter.com/d7GV5Br1Gt

The Bucks had 70 points in the paint and 34 FT makes. so that’s 20 points from outside the paint in this game. and they won.

The Bulls have made a season high 17 threes.

"We just gotta be ready in four or five days. We gotta get a win." — Thad Young