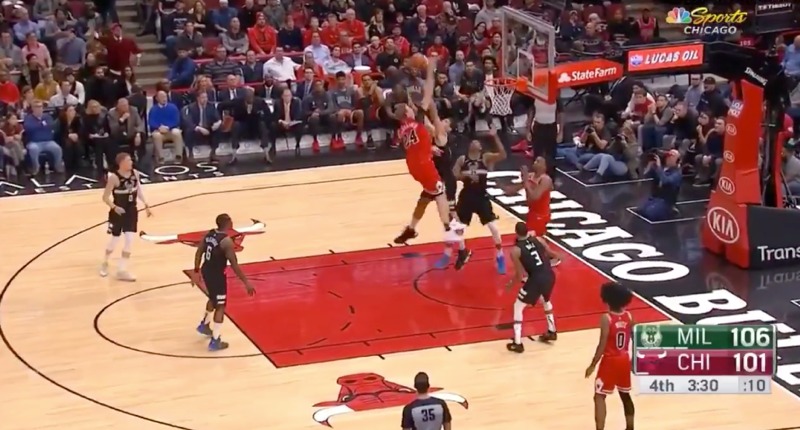 Does anybody have a time-machine guy?

I’m in the market for one now that I’m looking to go back and restart this Bulls season. Let me know.

This gem from 6-11 Giannis Antetokounmpo about facing 6-3 Ryan Arcidiacono for two jump balls. "No, I wasn't surprised. I think he's the only one from the Bulls that's going diving for the balls on the floor." #Bulls #Bucks

Markkanen: "It’s not going to be like this forever. I don’t know what else to say."

Jim Boylen said the word "develop" at least three times in his postgame press conference. That honestly concerns me as much as anything.

Here's why Jim Boylen's defensive scheme of blitzing the pick-and-roll doesn't make any sense for the Bulls: even when they make the right rotations, you have 195-pound Coby White protecting the rim. You need long, strong defenders on the backline to pull this off. pic.twitter.com/2ZRcviDAFF

Don't know if this is an anomaly, but I am noticing a lot of terrible Lauri Markkanen dunk attempts this year https://t.co/YbTBqVQBvU pic.twitter.com/5CxeqYRNxH