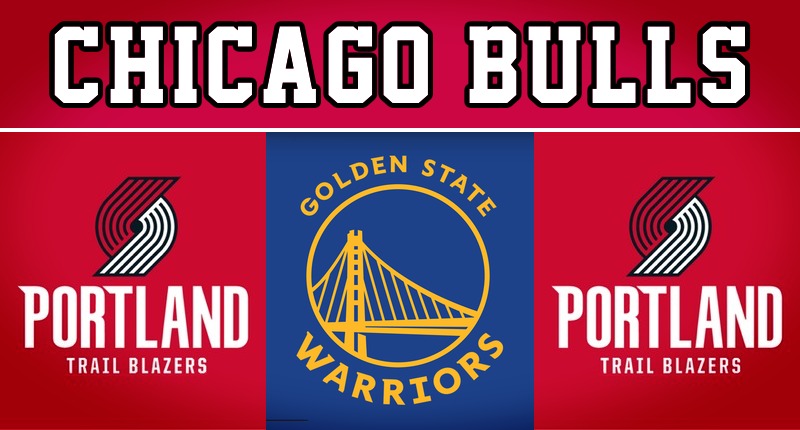 Easy schedule. Is it a trap?

Additional Roster Notes: Chandler Hutchison suffered shin splints and sat out in the Bulls matchups against the Detroit Pistons and Miami Heat. Hutchison was available for the Bulls last game against the Charlotte Hornets but did not check into the game. Luke Kornet has been inactive for the team’s previous four games after undergoing an option nasal surgery, he has now resumed basketball activity.

Cristiano Felicio had a wisdom tooth removed, per Boylen. Kornet has been cleared for basketball work.

Kerr said Looney had a good day of practice but will not play against the Thunder or the Bulls this week. Looney will travel on the upcoming road trip. The hope is that he will play at some point on that trip.

Bulls Players: Can Zach LaVine keep it going? While LaVine has had several high-scoring nights this season, we hadn’t seen him take over a game until this past weekend. Now, he faces teams with the 22nd (Portland) and 30th (Golden State) defensive ratings in the league, which feels like a nice way to come off a career-high performance. If LaVine wants to prove he can post those All-Star-caliber numbers once again (and he does), then this week offers the perfect opportunity to get back on track. It also presents a great opportunity to show Bulls’ fans he can be a winning player. Time to lead the way and take care of the weaker opponents – something he wasn’t able to do during the opening stretch of this season.

Trail Blazers: Considering Damian Lillard is always a force to be reckoned with, let’s go with his co-star CJ McCollum. Something about playing Chicago works for McCollum, but don’t take my word for it …

CJ McCollum has averaged 21.4 points per game in his career against the Bulls, more than against any other team in the league.

The Bulls will try to slow down McCollum, Lillard and the Blazers tonight, pregame 6:45 on @670TheScore.

McCollum has been red hot over his last five games, averaging 27.2 points per game. Over those five games, he’s shot 44 percent from behind the arc and is averaging a whopping 10 three-point attempts per game. Some of these numbers have been inflated due to the two-game absence of Lillard, but still, he’s executing at a high level right now. Let’s just say, I’m extremely worried about the Bulls’ aggressive defense and leaving a guy like McCollum open on the floor. Also, just for fun, watch out for the Carmelo Anthony revenge game (lolololol).

Golden State Warriors: If the Warriors pull off a victory over the Bulls, it’ll most likely be because of Eric Paschall. Yes, the Warriors have Draymond Green, but a second player is going to have to rise up for this team to stay competitive, and so far that’s been Paschall. The rookie has already proven he can put together some high-scoring outings while also filling the stat sheet in other places. Whether he is dropping 20 points, grabbing seven boards or dishing out seven assists, Paschall can find a way to leave his mark on the game.