If Wendell Carter Jr. Can't Stay Out of Foul Trouble, The Bulls Don't Stand a Chance This Week Skip to content 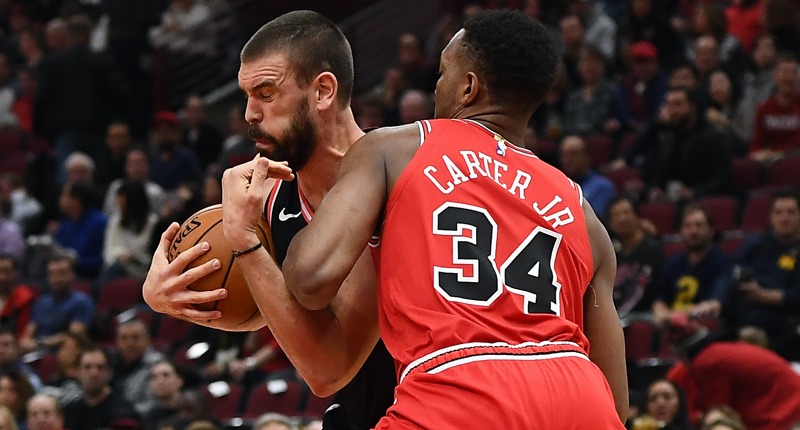 Throughout the regular season, Wendell Carter Jr. has been the Bulls most reliable player. On the verge of averaging a double-double every night, the second-year big man has been the only player to tell it like it is in the locker room and back it up with his performance on the court.

But while I’d prefer not to nitpick one of the best parts of an otherwise dreadful season, Carter Jr. needs to stay out of foul trouble if he wants to reach the peak of his powers. Foul trouble can impact both how a player is used and how aggressive he chooses to be when he’s on the court. And if the beginning of the season is any indication, the Bulls need him to have free reign when he’s out there for a real shot at winning.

According to NBC Sports Chicago, the Bulls have scored 108.1 points per 100 possessions when Carter Jr. is on the court this year, but just 98.3 when he’s not. Similarly, they’re giving up 107.2 points with Carter Jr. out there compared to 109.8 when he’s not. That’s an almost brutally sobering differential that makes it easy to see why he’s the most valuable player to put on a Bulls uniform this season.

But while much of this falls on Carter Jr., it certainly doesn’t help when these are the types of calls he has to put up with:

Wendell fouls out in 13 minutes. I honestly don't think any of these are fouls pic.twitter.com/1u5fwC5mWW

From the start of the season, it feels like NBA referees have a personal vendetta against the guy, and I just don’t get it.

In fact, it’s been so bad that Carter Jr. leads the league in total fouls with 81, and he’s well aware of it: “I don’t know if it’s that I’m being too aggressive,” Carter Jr. told The Athletic’s Darnell Mayberry. “I talk to the refs. Every time I pick up my early fouls I always try to ask them, ‘What exactly am I doing wrong?’ It’s either my body’s out of position or my hands are down. It’s just a concentration thing with me. I just have to go into the game knowing that I can’t be picking up early fouls.”

Whether it’s poor officiating, poor play, or some combination, these are the cards Carter Jr. is dealt on a nightly basis, so at least he’s aware and trying to better his hand.

And perhaps now’s the perfect time.

In case you didn’t realize, Carter Jr. has struggled the most this season against three of the Bulls’ four upcoming opponents. Indeed, he’s recorded only five single-digit scoring outings this year, three of which were against the Grizzlies (playing the Bulls this Wednesday), Warriors (this Friday), and Heat (this Sunday).

And in each of those games, Carter Jr. struggled to stay out of foul trouble. In the team’s second game of the season against the Grizzlies, he fouled out and scored only seven points. In his other two performances against the Warriors and Heat, he scored only 8 and 6 points, respectively, picking up four fouls in each game.

Specifically, in the game against the Heat, Carter Jr. picked up two early fouls in the first quarter. The two calls came only 12 seconds apart, and he was immediately replaced by Daniel Gafford. In the Warriors game, we saw a similar problem (picking up two fouls within his first five minutes of action). Something has to change.

Carter Jr. will need plenty of minutes against the Grizzlies, Warriors, and Heat if the Bulls want to taste even a sprinkle of victory, and it all starts with staying out of foul trouble. If he can do that, he’ll give the Bulls the best chance at outperforming Jaren Jackson Jr. and Jonas Valanciunas, both of whom had double-digit rebounding performances the first time around (Grizzlies), and Bam Adebayo, who dropped 16 points and 14 rebounds (Heat) earlier this season.

As for the Warriors, well, no one should be a worrisome matchup for Carter Jr., he just has to step up. And so does the rest of the team. 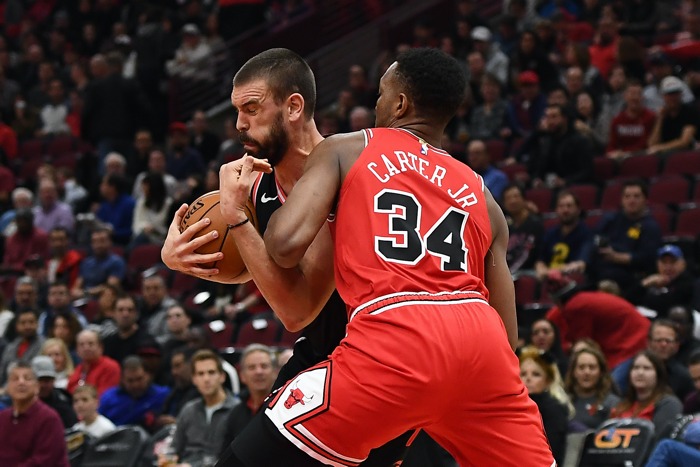