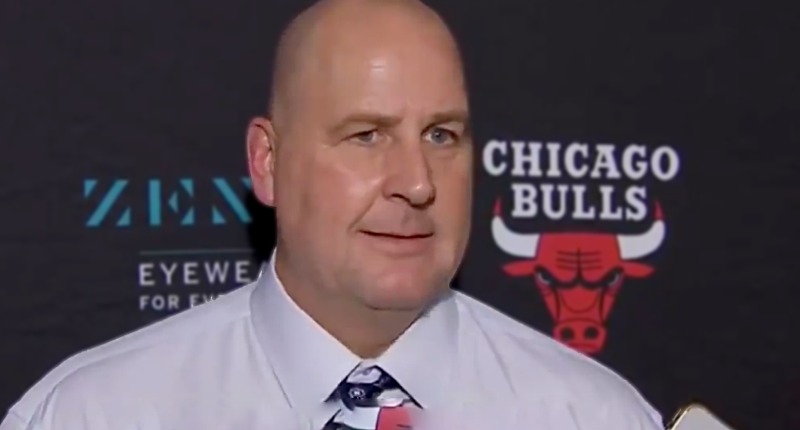 I can’t even get away from this Bulls team when I’m unconscious.

Last night, I had a dream the Bulls front office sent an individual apology to every single person in the Chicagoland area and then went on a winning streak.

I woke up semi-optimistic … and then I started writing these bullets.

TODAY ONLY: Select Bulls games are 50% off for #CyberMonday. Don't miss this.

With a quarter of the season now complete, the Bulls probably are in a reasonable five-team competition for the final playoff spot in the conference with the next quarter starting in Sacramento Monday, writes @SamSmithHoops.

Grizzlies at Bulls on Wednesday. No Ja in his lone trip to Chicago this season. https://t.co/okiLScp3Gz

Things are about to escalate rather quickly https://t.co/r6OSEIpnXP

As of today, there are only 2 teams in the league that have yet to win a game against teams over .500.

One of them is the depleted Golden State Warriors, and the other team is your Chicago Bulls.

19 year old rookie Coby White has had quite the start to his NBA career.

What's been the best Coby moment of the season thus far? pic.twitter.com/YkUKh9Fk0J