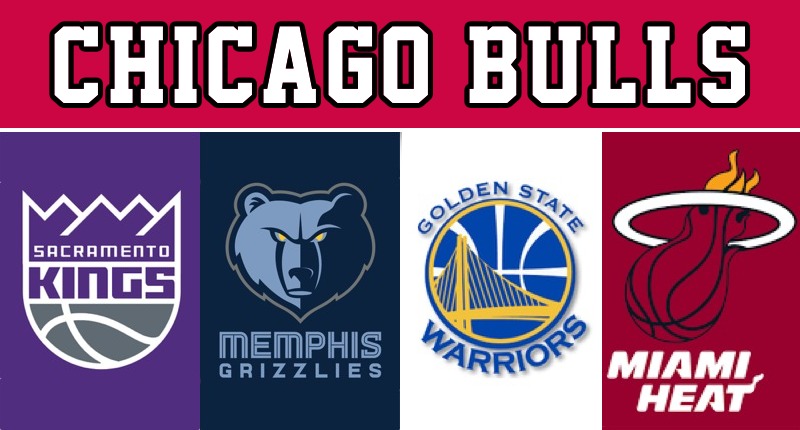 Well, I’d say the Bulls have an easy schedule coming up, but when has that ever helped?

Additional Roster Notes: Chandler Hutchison is currently out (shoulder) with no timetable for return, but he and Otto Porter should be re-evaluated sometime this week, according to K.C. Johnson.

Also, this injury is now officially listed as a bone bruise. Porter also called it that in his comments today to reporters. Previously, the Bulls listed this as a sprained left foot while making clear it was a soft tissue injury to the mid-foot area.

If Wendell Carter Jr. Can’t Stay Out of Foul Trouble, The Bulls Don’t Stand a Chance This Weekhttps://t.co/K0Hr66kiTQ

Sacramento Kings: The Sacramento Kings are banged up, but they’ve still managed to hang around in several tough games thanks to the scoring ability of Buddy Hield. The fifth-year player is averaging 28 points over his last three games, including a 41-point outing in the Kings 103-102 loss to the Boston Celtics. With De’Aaron Fox sidelined, Hield is getting up his fair share of attempts, so the Bulls will have their hands full trying to prevent him from heating up.

Memphis Grizzlies: Ja Morant has been must-watch TV for most of this season, but the Bulls will be avoiding him come this Wednesday due to a back injury. With Morant out, all eyes will be on the team’s second-in-command, Jaren Jackson Jr. The first time around, the Bulls struggled to control Jackson Jr. as he scored 23 points with 11 rebounds. Lauri Markkanen has practically been a liability on the defensive end, and Jim Boylen still isn’t given Thaddeus Young a long leash. Wendell Carter Jr. will already have his hands full trying to keep Jonas Valanciunas from another double-double, so who’s stopping Jackson Jr.?

Golden State Warriors: If you lose to the worst team in the league, do you then become the worst team in the league? Anyway, the Bulls let Alec Burks kill them last game, and that’s not a sentence I thought I’d have to write this season. The Warriors guard hauled in 10 rebounds, dished out 7 assists and scored 23 points. He simply outplayed and out hustled the Bulls the entire game, and considering it was Burks’ only double-double of the season, I’m sure he’ll be looking to do it again this Friday.

Miami Heat: The entire Miami Heat team destroyed the Bulls in their first meeting, but Kendrick Nunn especially had his way with the Bulls backcourt. His physical style of play gave Tomas Satoransky some major problems, and he got off to a hot start, scoring 13 of his 21 total points in the first half on 5-7 shooting. Nunn paced this Heat team to an easy victory, and if the Bulls can’t stay in front of him this time around, the game will run away from them once again.