"I Told Him Where I Wanted it:" Zach LaVine's Starting to Assert Himself On and Off the Court Skip to content 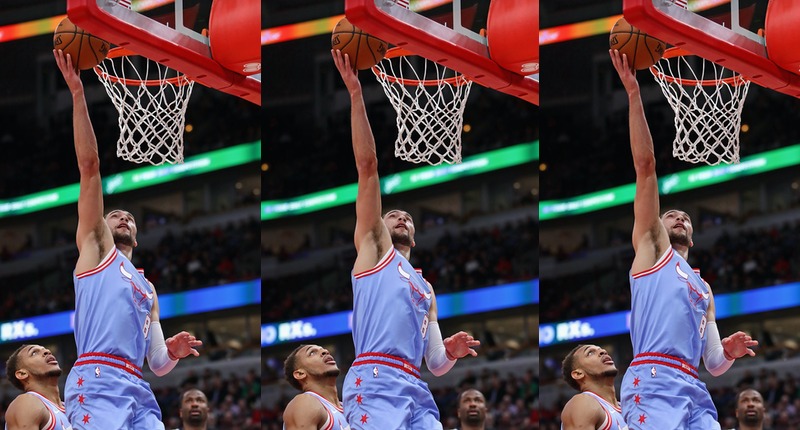 Zach LaVine was already walking the walk, but now, he’s talking the talk.

Over the last six games, LaVine has been one of the hottest players in the NBA. He’s averaging 30.7 points per game on 50.4 percent shooting from the field and 55.5 percent from downtown. Those stats mean he’s averaging the 5th-most points per game in the NBA over the last six games, putting him right behind James Harden, Trae Young, Giannis Antetokounmpo, and Luka Doncic, respectively. Moreover, his 3-point shooting percentage trumps each of those players, and is first among players over that stretch who shoot at least five 3’s per game. Indeed, LaVine’s hot hand helped the Bulls grab two-straight victories for the first time this season (query why it took that much).

But while those numbers are impressive, the fact that he’s finally opening his mouth might be the more important storyline to address today.

In the Bulls win against the Sacramento Kings, LaVine let folks in on a little secret after the game. He and Lauri Markkanen spoke before tipoff about running more of a two-man show, breaking away a bit from the team’s traditional offensive approach. His partner in crime, The Finnisher, also confirmed this after the game. The plan worked as both players scored 20+ points for the first time this season, combining for 48 of the team’s 113 points.

Once again, LaVine took matters into his own hands last night, but this time during the game. According to LaVine, when the Grizzlies cut the lead down to 88-87 with 4:29 to go, he told head coach Jim Boylen what he wanted to do.

Zach LaVine mindset in timeout after lead trimmed to 1: “Let’s get it done. Coach drew a play up. I told him where I wanted it, and we got it done. I think that’s the main thing. We just owned up to our things. Once it gets down to that, it’s about us and being in it together."

LaVine drained a cold-blooded 3-pointer to stretch the Bulls lead back out to four.

“When opportunity knocks, you’ve got to open the door,” LaVine told reporters after the game (via The Athletic). “You’ve got to at least have the courage to step up to it, and I’m not scared to take or miss any shot. I do take that upon myself, and I expect myself to make those type of plays.”

Would you look at that, Zach LaVine is sounding like a true leader. LaVine has shown signs of accountability and confidence in the earlier parts of this season, but many of his statements felt like they were coming from the back row. Now, and his recent play certainly has a role in this, it feels like LaVine is pushing to be a stronger vocal presence on this team.

Hearing that LaVine is telling Boylen how and (importantly) where he wants it is more than reassuring. It’s crucial. But it’s also only half the story. LaVine was setting himself up for success, sure, but he was also making it a point to direct traffic on the court – he assisted on two 3-pointers in the 4th quarter. That sort of leadership in the huddle and on the court is the exact things he needs to do to get his name back in the All-Star conversation.

I’ll be the first to admit, LaVine hasn’t looked like a winning player in the past, but these moments on and off the court could at least help him get there: “I don’t put all this hard work in just to be a regular dude. I expect myself to do this and even more.”