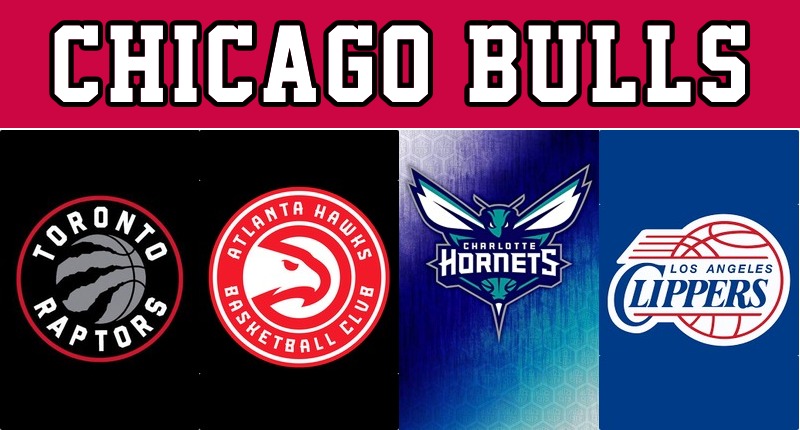 Additional Roster Notes: Last week the Bulls announced Otto Porter would be reassessed in another two weeks after a third MRI showed no improvement on the veteran’s left foot. As for Chandler Hutchison, the Bulls still haven’t provided any firm timetable for his return, but he has been getting shots up during practice. Coby White is listed as PROBABLE for tonight’s matchup with the Raptors due to hamstring tightness.

Bulls: This week we’ll find out whether or not The Finnisher is truly back. Lauri Markkanen had his best week of the season during the Bulls last four-game stretch. He scored 20 or more points in three of the Bulls’ last four games and is playing with a fresh load of confidence. His 3-point shot is starting to fall again with four made attempts in four-straight games. Markkanen’s also taken the most field goal attempts since the Bulls first two outings of the season over his last two games. With an up and down schedule this week, we’ll have to see if Markkanen can stay on this upward trajectory. We all know he is capable of so much more than this, but consistency has been a problem for him in the past.

Raptors: The last time the Raptors played the Bulls, it was a group effort to blow them out. While breakout star Pascal Siakam has his moments, Chicago had a surprisingly tough time containing OG Anunoby. The third-year player had one of his best games of the season that night, shooting 7-11 from the field and 3-6 from downtown. He also hauled in six rebounds and claimed four blocks on the night. With Kyle Lowry and Fred VanVleet manning the backcourt while Pascal Siakam and Serge Ibaka play a physical game in the frontcourt, the Bulls will have their hands full defensively. Anunoby could sneak up on Chicago for another big night.

Hawks: I’m going to keep this one short and sweet: Trae Young is the only problem on the Atlanta Hawks (knock on wood). The Bulls will likely pit Kris Dunn against the Hawk’s explosive shotmaker, but when he gets going, he’s almost impossible to stop. Fortunately for the Bulls, they avoided his microwave shooting the last time around, holding him to only nine points in an impressive defensive effort. Why else do you think the Bulls won by 20? Time to tame the beast again.

Hornets: I hate that this is true, but Cody Zeller has hurt the Bulls. He’s grabbed 21 rebounds and has scored 29 points combined in his two matchups against the Bulls this season. A physical body in the paint, he’s given this Bulls’ defense problems. Wendell Carter Jr. stepped up in the last meeting to outperform the veteran, and (sadly) he’ll have to do it again if the Bulls want to take another one from the Hornets.

Clippers: Forget Kawhi Leonard or Paul George, I’m terrified of what Montrezl Harrell might do to the Bulls. He’s averaging 18.8 per game and 7.8 rebounds off the bench for the Clippers and there isn’t a single player on the Bulls bench (let alone team) who can stop this man. The Bulls have struggled against aggressive big men this year, and Harrell is the human embodiment of the word aggressive. Maybe Wendell Carter Jr.’s length can give him some problems, while Daniel Gafford at least tries to puff out his chest. This matchup could get ugly real fast.