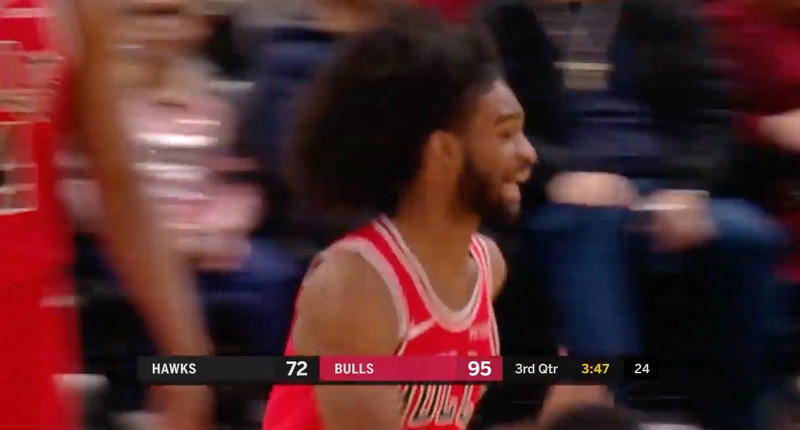 In last night’s game against the Atlanta Hawks, Coby White went back to the basics … well, his basics.

The rookie turned on the jets to (1) fly down the court in transition and (2) craftily work his way past defenders. But before I start oozing too much optimism based on one performance, let me clarify something up-front: I’m well aware of the Hawks 29th-ranked defensive rating. And regardless of that fact, I’m still quite encouraged by White’s performance.

Last night marked White’s 4th most efficient shooting game of the season (FG 7-13), and he managed to score 19 points, despite tying his second-least amount of 3-point attempts this season (0-2). He also got to the free-throw line for a career-high six attempts, knocking down five.

Throughout the night, White used his speed to find the lane and cut straight toward the basket. Re-watching the tape, even White’s misses come off as the right play at the right time.

Check it all out here:

I’d have to go back and watch every one of White’s games to be sure, but I couldn’t help but think this performance most closely resembled the style of play that made him such an intriguing prospect at UNC (go ahead and watch some of his highlights from last year and compare them to this game). Funny enough, after the game, White basically confirmed my reaction.

“In college, I was labeled as a down-hill guy, fast, end-to-end … I’m trying to get back to that a little bit,” White told BullsTV’s, Chuck Swirsky. “As in playing with a better pace and playing faster, just getting back to who I am and not just being a perimeter guy who’s a shooter.”

Message received. Over the past several weeks, White’s certainly felt more like a shooter. He might be known as a scoring guard, but he’s never been known as a sharp-shooter. Over his first 26 games, the majority of White’s attempts have come from 24 or more feet (in other words, the 3-point line). He’s taken 150 attempts from that range, compared to 106 from less than 8 feet from the hoop.

I know the Bulls offense calls for a lot of 3-point attempts, but White’s not necessarily known for his deep ball. He’s hit some big shots, and he can obviously get hot from behind the arc, but the Bulls should be scheming for him to play similar to what we saw last night. Try to limit those 1-7 shooting nights from 3-point range and instead draw him up some screens so he can attack the basket. Oh, and make sure he gets the ball in transition … like always.

Another encouraging sign: White was able to go back to his bread and butter while also continuing to help facilitate. Head coach Jim Boylen said he wants White to take over a bit more of a true-point guard role, and the rookie’s taken that to heart. White dished out 4 assists last night and is now averaging 5.7 over his last three games.

I guess my real point is, I’m hoping we see more of the White we saw last night moving forward. For him to push past his current spark-plug role, he has to go back to doing what he does best and shake off some of the inconsistency.

Channel the speed. Get to the rim. Open up the floor. Be Coby White.