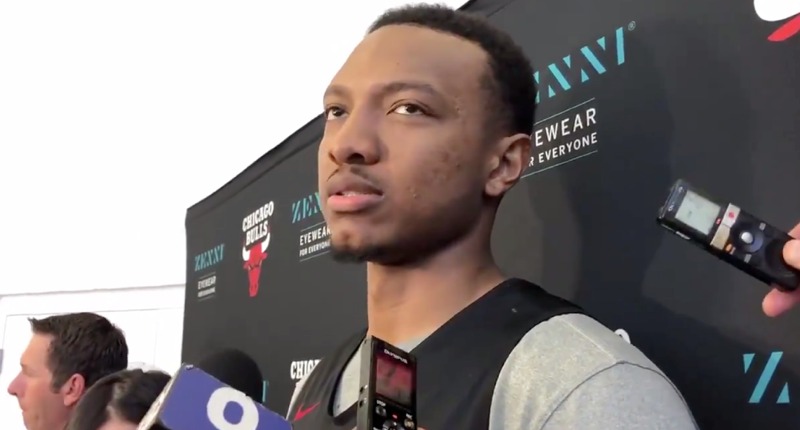 The word of the day is .. accountability.

Can you say it with me kids? Ac-count-a-bil-i-ty. Good!

Does anyone know what it means?

I hate to sound like a broken record, but it’s really the best word to describe what the Bulls lack most. Whether it’s John Paxson’s remarks over the weekend or Jim Boylen’s comments in (basically) every postgame interview, the men at the top of the totem pole continue to dig themselves deeper into a hole by never admitting their past mistakes, current shortcomings, or expected, future deficiencies.

Meanwhile, down below on the court, the players are trying to right the ship. As I mentioned in the postgame following the Bulls’ Saturday night victory over the Los Angeles Clippers – the players looked like they were competing for each other. The bench was energetic, the communication plentiful, and the team locked-in. In other words, the players were holding themselves accountable.

According to The Athletic’s Darnell Mayberry, that appears to be by design: “We’ve got to have each other’s backs,” Dunn told Mayberry. “The only people that’s out there is us.”

Dunn’s right, and reading the rest of Mayberry’s article, it looks like the rest of the team agrees. If you ask me, the Bulls players appear to be entering an “us against the world” state of mind.

Perhaps the coaching staff/execs upstairs can’t find the answers, but at least the players are giving it their best shot.

Indeed, later on in Mayberry’s piece, he reports that Wendell Carter Jr. gave full permission to his fellow teammates to call him out for any and everything he does wrong on the court: “If you want to yell at me, scream, curse at me, I take my feelings out of it because we’re trying to win,” Carter said. “It’s a collective effort.”

Note: Zach LaVine and Thaddeus Young offer up comments on all of this as well, so make sure to give the article a read if you want more direct quotes. Overall, a very solid piece from Mayberry.

Dunn went at Carter Jr. a bit during the first half of Saturday’s game, and it left no bad blood. Teams with good chemistry can do that, and it appears that’s what the Bulls players are trying to build. Frustratingly, good coaches help institute that message faster, but it appears the players are having to implement it on their own.

If these players have to hijack the team for better basketball, count me in.

The reality, for now, is action isn’t going to be taken to try and fix this 10-18 Bulls team. Paxson said it himself this weekend, “we’re not thinking of making any changes” when discussing the franchise’s position on their head coach. Rumbling about General Manager Gar Forman’s job security trickled down earlier this season, but as far as we know, that also doesn’t appear to have any movement.

While we’d like to think if the Bulls continue on their current course, this offseason could finally bring an overhaul in leadership, but I’ll only believe it when I see it.