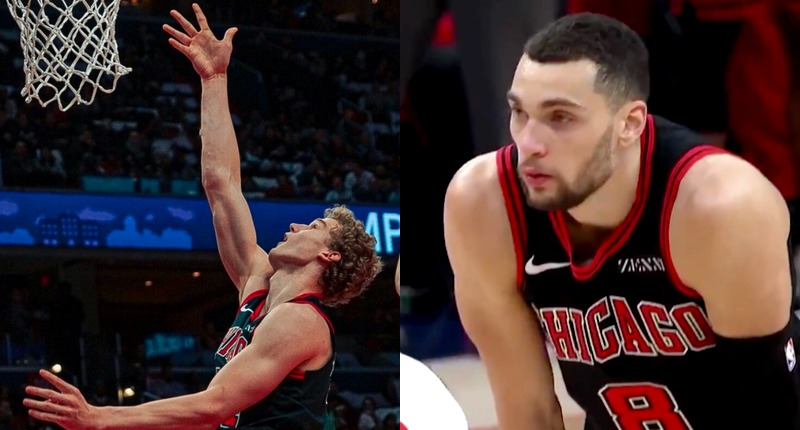 Last night, the Chicago Bulls downed the Washington Wizards in overtime (110-109), after an 18-point comeback in the final 8 minutes of regulation. This means, for a least one night, the Bulls were able to flip the script they’ve acted out so many times, themselves, this season.

How did it happen? Well, for starters, the Wizards forgot how to play basketball for most of the 4th quarter. But also, Zach LaVine and Lauri Markkanen were able to have one of their best-combined performances of the season.

In fact, for about three-quarters of action, Markkanen was the only Bull player with a pulse. At halftime, he ran into the locker room with 17 points, and would ultimately finish the game with 31 points and 9 rebounds.

However, in what’s ultimately felt way too common this season, when Markkanen was hot, LaVine was ice cold (Markkanen shot 6-8 from the field in the first half with three 3’s, while LaVine dealt with a 3-10 shooting performance and only 6 points to his name).

To be sure, LaVine actually recorded the same field-goal percentage in the second half of the game but did his part by finding his way to the charity stripe for 11 free-throw attempts, knocking down each one.

With LaVine’s additional 18 points in the second half, he finished the game with 24 overall, marking just the 4th time this season both he and Markkanen have scored 20 or more points in the same game.

The Bulls record in such games is now 3-1, check it out:

To probably no one’s surprise, when the Bulls “dynamic duo” can score 20+ points apiece, the chance of the team pulling off a win is a lot higher.

Last season, for example, the Bulls recorded 12 such games, and in those instances, the Bulls went 6-6 (winning their last four-straight). A .500 record may not seem like a lot … but it was more than double their winning percentage for the season (.238), so … you know. WoOo!

Obviously, this is not some grand discovery, but I do think it’s an important reminder: If the Bulls hope to accomplish anything with this roster during this season, Markkanen and LaVine need to step up together on a more consistent basis. Plenty of other factors go into the Bulls pulling out wins, but these two players are the foundation. And last night was an example of that playing out.