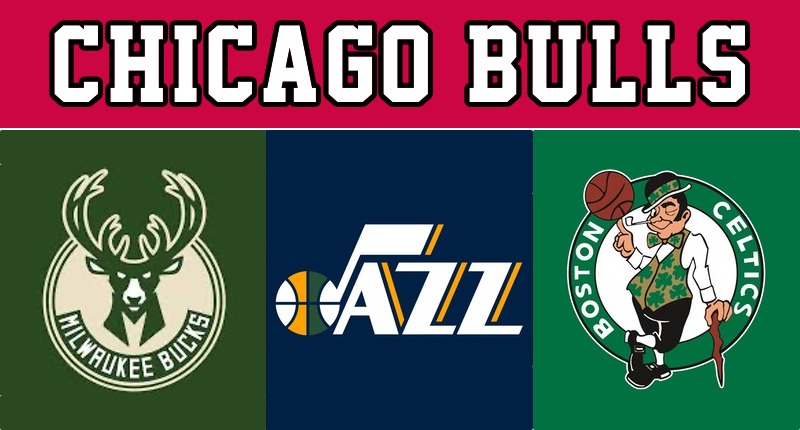 Uh oh, this could get ugly.

Additional Roster Notes: Chandler Hutchison, who has missed the last 14 games of the season with a shoulder injury, is currently listed as questionable for tonight’s game. Lauri Markkanen is also questionable with an illness, however, considering he played through illness last game, it feels likely he’ll be on the court tonight. As for Tomas Satoranky, he is listed on the injury report as probable due to a sore ankle.

Bulls: If the season ended today, Tomas Satoransky would be averaging double-digit points per game for the first time in his career. All things considered, Satoransky has been exactly what this Bulls team needs over the last five games. Playing more aggressively, he’s helping the offense flow with 15.0 points per game plus 7.0 rebounds and 5.2 assists. On top of that, he’s been playing solid defense, averaging 2.0 steals per game. My love for him as a player has been evident ever since the Bulls grabbed him this offseason, and while we got a glimpse of his special talents earlier this year, we’re starting to get the full look now. With that being said, he still has to prove he can continue to do this against some of the league’s best teams.

Bucks: The Greek Freak is ready to feast. Giannis Antetokounmpo has sat out the Bucks last two games with a back injury but is listed as available tonight. The former MVP has never missed three-games in a row throughout his entire career, and it’s safe to assume he fought to get back on the floor to make sure that streak wasn’t going to be broken. Itching to get back on the court, Antetokounmpo could be looking for a dominant performance. Not to mention, the last game he did play in was a loss to the 76ers on Christmas Day. Giannis is always a player to worry about, but a rested, hungry Giannis is a player to be terrified of.

Jazz: While Donovan Mitchell has found his groove, nobody could hurt this Bulls team more than Rudy Gobert. The back-to-back defensive player of the year will stop the Bulls scoring attack right in their tracks. The Bulls score 44.2 percent of their points in the paint (the 9th-highest in the NBA), but Gobert is one of the best rim-protectors in the game. Oh, and he’s also third in rebounds per game with 14.1. Good luck, Wendell Carter Jr!

Celtics: Expect the Bulls to have some trouble containing Jaylen Brown. Kris Dunn will have his hands full on Kemba Walker, meaning Tomas Satoransky or Zach LaVine will have to stay in front of the athletic Brown. Over the last six games, Brown has averaged 24.5 points per game with 7.2 rebounds and 2.8 assists. He can do a little bit of everything for this Celtics team, and if the team’s other stars are preoccupied, he can fully take over.