Coby White Admits to Hitting the "Rookie Wall," But Remains Positive About What's to Come Skip to content 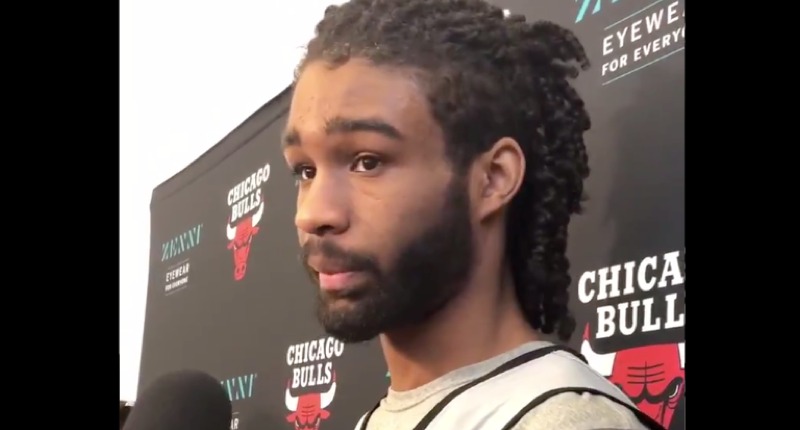 The month of December was kind to several Bulls’ players, but Coby White wasn’t one of them.

After having a solid month of November where he averaged 13.1 points and tallied 12 double-digit scoring performances, White hit a wall. And those are his words, not mine:

#Bulls Coby White honest about adjusting to #NBA & tough December stretch: “Everyday my body was sore. I had no legs. It was hard, the first time experiencing this.Hopefully that was my rookie wall and I don’t experience anything else the rest of the season.” ⁦@cbschicago⁩ pic.twitter.com/YVdj3Vm7gN

White had only seven double-digit scoring outings last month and had a total of six games where he scored 3 or fewer points. His average minutes dropped from roughly 26 a game to 22. Interestingly enough, his shooting percentage saw some improvement, but he took nearly four fewer shots per game.

During the middle of the month (December 13th-18th), White went from go-to bench threat to disengaged scorer. In fact, it’s not unfair to say that White was a straight-up non-factor during that stretch (featuring games against the Hornets, Clippers, Thunder, and Wizards): He scored a total of 10 points and clocked under 20 minutes played in three of those four games. The poor play meant his longest single-digit scoring streak since the end of October (Oct. 26-Nov.3) when White was trying his first taste of NBA action.

Fortunately, he followed that up with a much improved four-game stretch and (hopefully) built some new momentum heading into the new year. Over the last four games, White is averaging 16 points per game, shooting 52.1 percent from the field and 61.1 percent from downtown. Over the Bulls last two games, he’s dropped 18 apiece, and even added the first four-steal game of his career on Monday night against the Bucks.

Regardless, White confessed to his body “going through it,” and mentioned that the “season hits you hard.” Heck, the newfound intensity most likely comes as a bit of a surprise to most rookies. White might be a 19-year-old spry chicken, but his body still isn’t accustomed to the night in and night out grind of the NBA. Last season through Jan. 2, he played only 12 games with UNC, so far this season, White has appeared in 34 games. And after tonight’s performance against the Utah Jazz, White will have played the same amount of games as all of last season in the NCAA.

He’s young, but he’s not invincible.

#Bulls Coby White at shoot around this morning about his season so far: ⁦@cbschicago⁩ pic.twitter.com/mC2XCsRMPH

White did mention he’s focusing more now on his recovery routine than when initially entering the league, which could already be proving beneficial with these last two games.

No matter the recovery process though, White’s first full year in the league will (most likely) continue to be full of inconsistencies. For a 19-year-old “prospect” like him, it’s less about what he can do now and more about what he can learn now. Even over the struggled-filled December, White managed to show positive signs across the board.

Chicago still has every reason to be excited about White’s future, and if you don’t believe me, just watch these highlights! Also, his hair, duh.

We haven't put Coby highlights on your timeline all year. Our bad. pic.twitter.com/zzFz5iEOgp