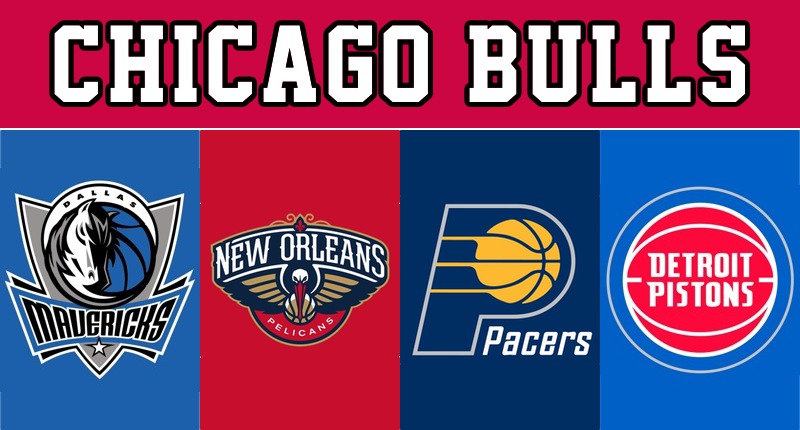 Additional Roster Notes: Zach LaVine, Wendell Carter Jr., Ryan Arcidiacono, and Adam Mokoka are all listed on the injury report with minor issues, but all should be good to go. Lauri Markkanen sprained his ankle during Saturday’s game against the Boston Celtics. Markkanen first appeared on the injury report as doubtful for Monday night’s game against the Mavericks, but he was upgraded to questionable Monday morning. After missing the last 17 games, Chandler Hutchison could see some action.

Bulls: As the Bulls competition has gotten harder, Wendell Carter Jr. has gotten better. Over the Bulls last three games against the Bucks, Jazz, and Celtics, Carter Jr. has recorded three-straight double-double performances and has played some of his best basketball of the season. He has been able to limit the fouls and stay on the court for just over 35 minutes in the past two games. His performance against Jazz center Rudy Gobert proved to be especially encouraging for the 20-year-old, topping the two-time defensive player of the year in points and rebounds. On the season, he’s tied for 15th in the league with 17 double-doubles, and he’s got a nice opportunity to move up the leaderboards this week. His first two matchups should be favorably before going into battle against the Pacers frontcourt duo of Myles Turner/Domantas Sabonis and the Pistons Andre Drummond.

Mavericks: No one can stop Luka Doncic. The Dallas Mavericks second-year star is making his case for the MVP award this season, and considering the Mavs have three of their last four, I think he’ll be ready for a win. Kris Dunn has done a good job guarding some of the league’s best this season, but stopping Doncic will be a whole different challenge. Averaging 35 points over his last three games, I think it’s safe to say he’s in store for another 30+ point performance.

Pelicans: Brandon Ingram is good, but Lonzo Ball is playing much-improved basketball. Over the Pelicans’ last three games, Ball has scored 27, 23, and 24 points, respectively. He also dished out double-digit assist totals in two of those games. I’m not sure what’s gotten into him, but right now he’s playing like an all-around threat. Ball is hitting 3’s at a decent rate and facilitating like a true traditional point guard. Chances are the only player in the Bulls backcourt that can slow him down is Kris Dunn, but are the Bulls going to play him on Ingram or Jrue Holiday? If Satoransky or LaVine has to guard Ball, expect a big day from the 22-year-old.

Pacers: The last time the Bulls played the Pacers, they didn’t have to worry about Myles Turner and Domantas Sabonis (and still lost). The frontcourt duo should be a big test for Carter Jr. and Lauri Markkanen. We all know the Bulls can struggle in the rebounding department at times, and that’s an area both Turner and Sabonis can exploit. Carter Jr., specifically, is going to have to try his best to stay out of foul trouble so he can protect the rim.

Pistons: Derrick Rose and Andre Drummond. Those two are the only thing the Pistons have going for them right now.