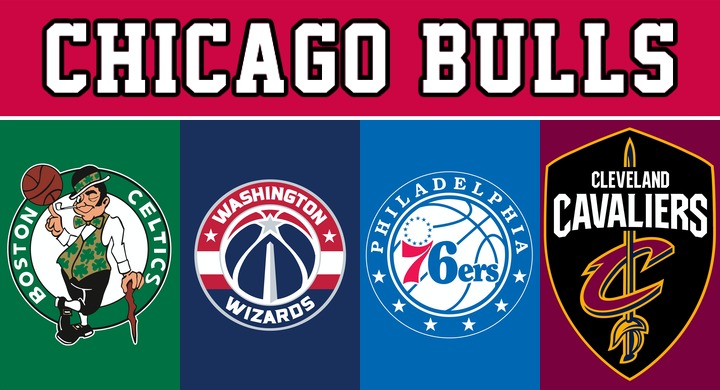 Can the Bulls split this week?

Additional Roster Notes: Chandler Hutchison, Lauri Markkanen, and Ryan Arcidiacono are all listed as day-to-day on the injury report, but all should be playing through their minor bumps and bruises his week.

Bulls: Welcome to the show, Daniel Gafford. Last week, the Bulls announced Wendell Carter Jr. would miss 4-6 weeks with an ankle injury, throwing Gafford right into the limelight. Over the last two games, Gafford has truly felt the life of an NBA center. In his first matchup, he went up against Pacers’ big man Myles Turner and had a relatively rough outing, scoring only 2 points and 2 rebounds in 27 minutes of action. However, he redeemed himself on Saturday with 14 points and 7 rebounds against the Pistons. In theory, this week should be a solid breakout opportunity for the big man. He’ll go up against several physical players like Enes Kanter, Thomas Bryant, Al Horford, and Tristian Thompson. If the Bulls want any chance of posting a positive week, Gafford will have to step up in a big way to slow down opponents’ action in the post. I have no doubt the rookie is ready for the test.

Celtics: Watch out for Gordon Hayward. Since coming back from a foot injury at the end of December, Hayward’s best game was against the Bulls on January 4th. He dropped 24 points with 5 rebounds, 3 assists, and 1 steal. Jayson Tatum may have stolen the show, but Hayward was instrumental in locking up the Celtics victory. I said it last time, with how much talent the Celtics possess (Tatum, Brown, and Walker), someone is going to slip under the rug for a big game. Chances are the Bulls will have their handsfull again trying to stop the other big scorers, which could open up an opportunity for Hayward to have another quietly good game.

Wizards: Can Davis Bertans do it again? Probably. Bertans knocked down seven 3-pointers the last time these two met, as the Bulls struggled to contain him. While I’m sure the Bulls will be all over him this game, Bertans still finds a way to get his points on a nightly basis. He’s become one of the hottest names in the trade market and continues to express his strong all-around skillset. If the Bulls end up losing this game, it’s likely because Bertans played a vital role on the opposing side.

76ers: Al Horford might give Daniel Gafford a warm welcome to the NBA. On the season, Horford hasn’t necessarily meshed all that well with the 76ers, but he’s still one of the best NBA big men out there. With Embiid out, he’s moved back into his traditional center role, and it’s hard to imagine with his versatile skill set that Gafford or Kornet could effectively shut him down. His veteran savvy could easily be a rude awakening for Gafford’s reliance on his rawer, natural athleticism. I wouldn’t be surprised to see Gafford potentially get into some foul trouble in this one, which would mean Luke Kornet subbing in to save the day, and if you remember his defense from earlier this season, that sounds utterly terrifying. Overall, I just don’t like anything about this matchup for the Bulls young frontcourt.

Cavaliers: As Kevin Love waits to get traded, he might as well dominate the Bulls. When Love played Chicago earlier this season, he hauled in a season-high 20 rebounds and scored 17 points. The Bulls issues rebounding the basketball haven’t gone away (25th in rebounds per game) and with no Wendell Carter Jr. around to help out, this could get ugly again. I want to believe the Bulls beat the Cavaliers this time around, but if Love feels like having a good game, it could be a lot harder than it should be.